Snowboard with jet turbines the hands 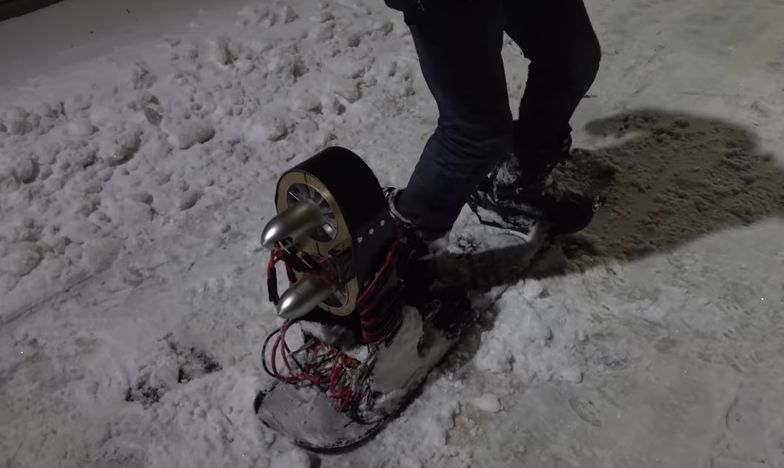 Skateboards so often modernize because of their simplicity: just make a start and forward! Therefore there are no reasons for which snow relatives of skeytbordord have to be left without upgrades. For example, the snowboard can be equipped with jet turbines.

The user of YouTube channel Hacksmith decided to make a jet snowboard. Process was quite laborious, the help of the 3D-printer was necessary and to sweep normally on such snowboard it turned out not from the first. Physics of driving of a snowboard with turbines a bit different, but the same common dynamics. The stamped snow gives the high speed, and the main thing, it is necessary to rub a board with wax correctly. To operate such device quite inconveniently, but the inventor, it seems, was accustomed to the end of video.