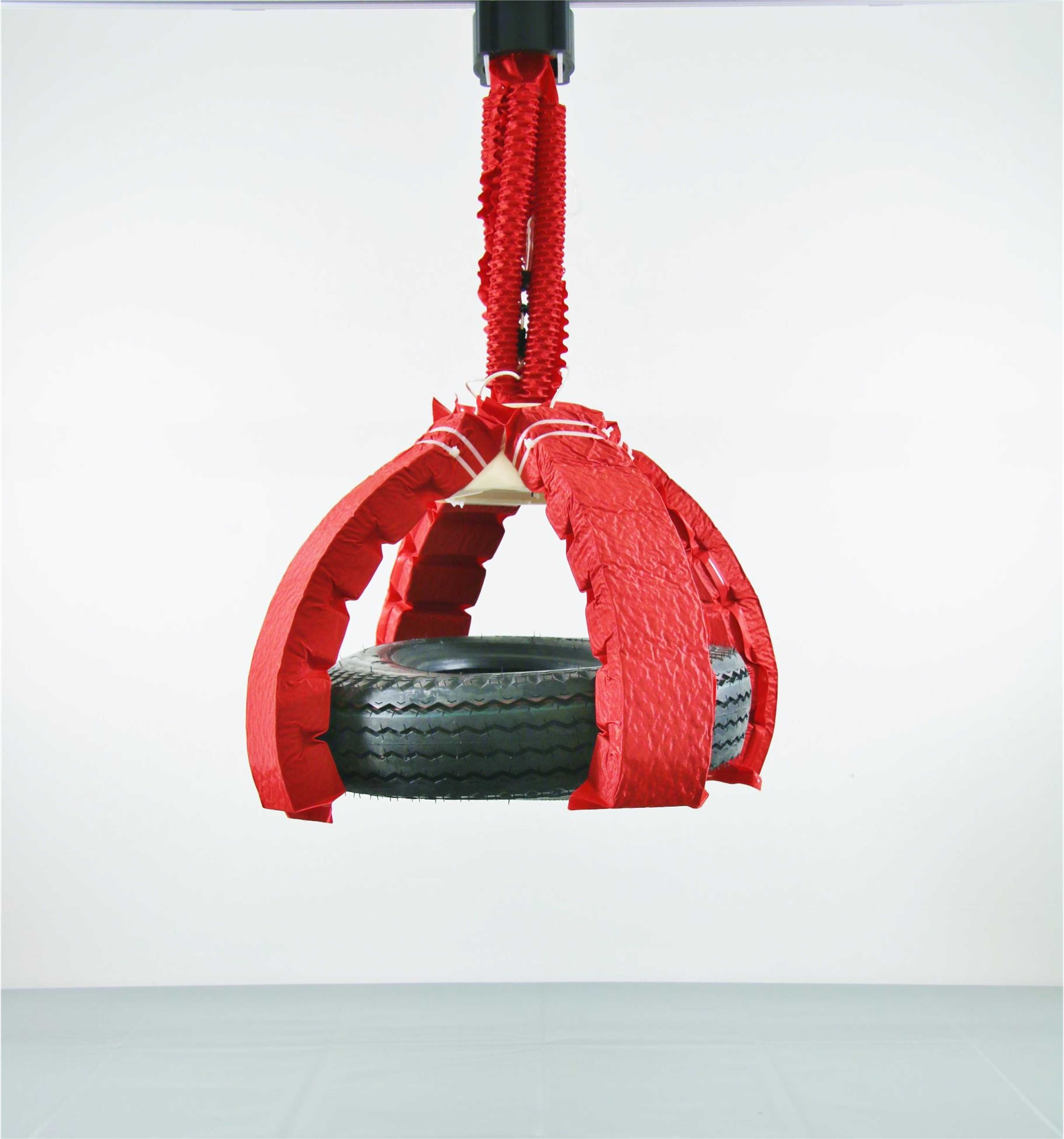 Artificial muscles of the cutting skin on the folding skeleton will make the movements of soft robots precise and incredibly strong.

Harvard engineers have developed powerful artificial muscles for “soft” robots: the manipulator arm is capable of lifting a load that exceeds its own weight by 1000 times. According to Daniela Rus (Daniela Rus) and her colleagues, the system will cost less than a dollar in production. The article is published by the Proceedings of the National Academy of Sciences (PNAS).

In fact, the use of soft robotic systems promises to make devices more versatile, biocompatible and effective in performing a mass of everyday tasks. However, attempts to construct robots from soft polymers are faced with inevitable consequences: they are too “weak”, which again limits the range of their potential applications.

The real “superpower” promises to give soft robots a new system of Harvard engineers. “We were very surprised at how powerful the drives were,” says Professor Daniela Rus. – We, of course, expected a higher functionality than usual for soft robots. But we did not expect a thousand-fold increase. This is how to give them “superpower”. ” According to the scientist, based on such a system, robots can be created for a variety of different applications.

It consists of an internal skeleton, which can be made of metal or plastic. The skeleton is surrounded by airtight cavities for the movement of gas or liquid and, finally, is covered with an outer layer of “skin”. Lowering the pressure by pumping out liquid or gas causes it to “stick” to the skeleton and creates in it stresses that lead to movement. The design determines how and where the movement will be directed, which creates a contraction of the artificial muscle. Scientists have shown how, by changing it, you can achieve the desired movements.

The authors constructed dozens of such devices based on various materials of the skeleton and “skin”, powered by water and air. One option provides a high level of contraction from the original length; the other gave precision, which allows you to raise the flower without breaking it; the third one simply curls up. 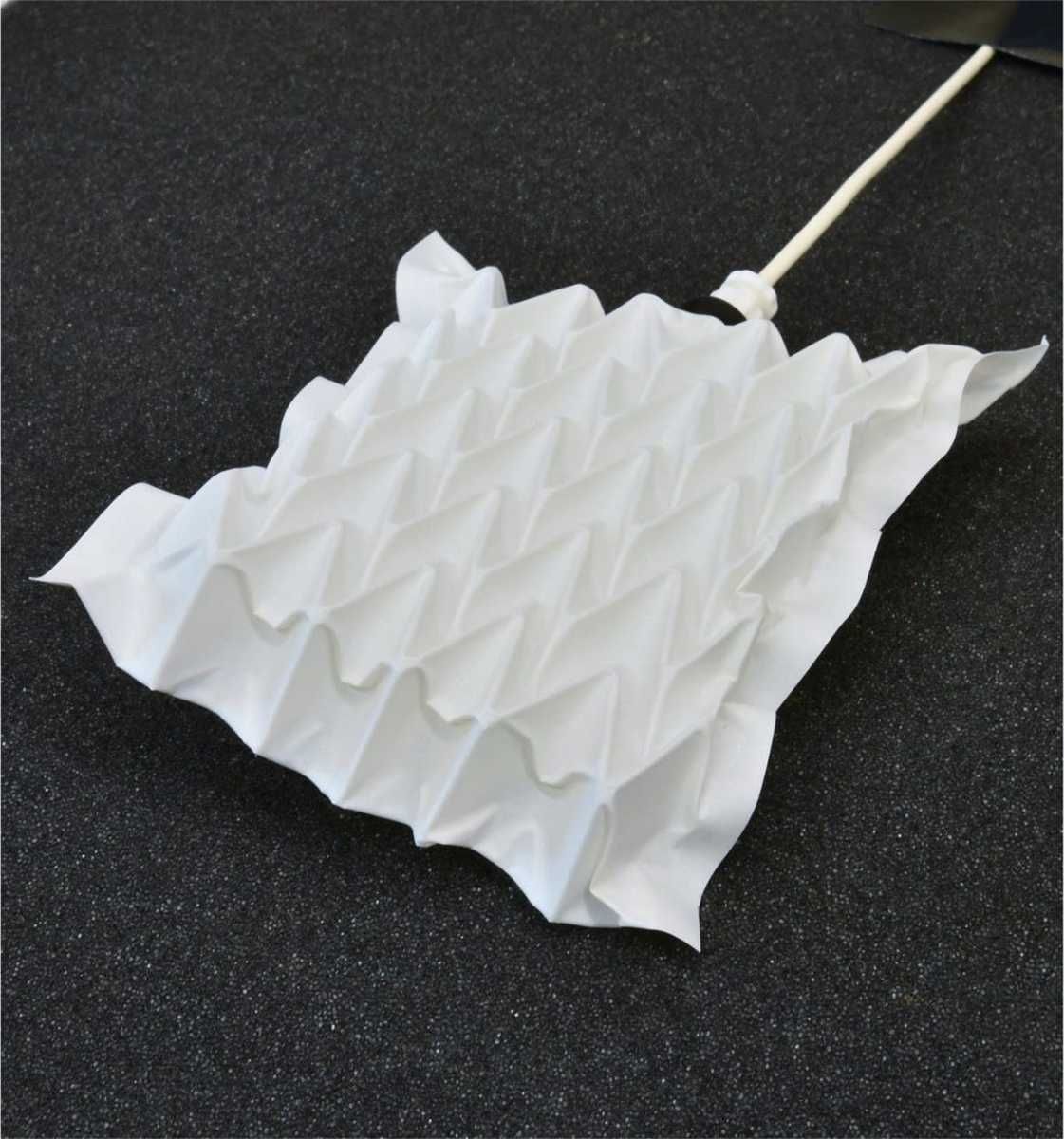 The geometry of the skeleton framework is borrowed from Japanese origami technique / © Shuguang Li, Wyss Institute at Harvard University

As measurements have shown, these movements differ in impressive capacity. According to scientists, the system is able to give out six times more strength per gram of its own weight than the very effective muscles of mammals: 2.6 g of artificial muscles can lift an object weighing up to 3 kg. Moreover, it is simple and does not require special materials, it must manage in production in a few cents.