Soft soil protected the Leaning Tower of Pisa from earthquakes 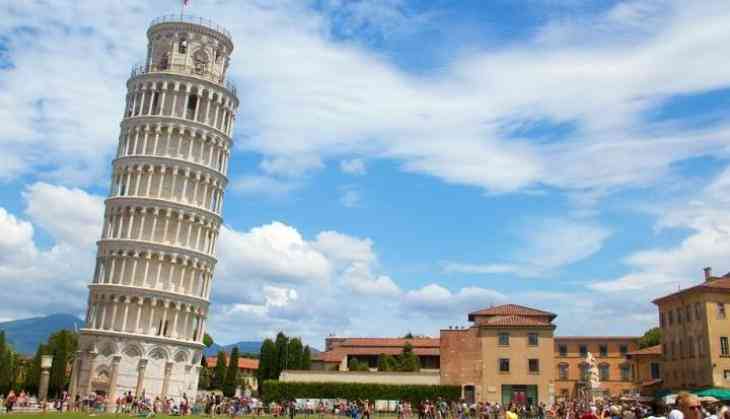 A group of geologists and engineers has established how the Leaning Tower of Pisa has been able to carry several large earthquakes since its construction, and yet not to fall and not even get any damage.

It turned out that such anomalous stability of the tower was caused by the dynamic interaction between the rigid structure of the tower and the soft ground, which initially led to its tilt, according to the website of the University of Bristol.

The Leaning Tower of Pisa was built almost two centuries – from 1173 to 1360. Even during construction due to design errors and uneven structure of too soft ground, the tower began to tilt. Nevertheless, the construction was finished, after which the tower continued to slowly bend over. The maximum roll of the building reached 5.3 degrees, but now the foundation of the tower is strengthened, and its slope is estimated at about 3.5 degrees.

It is known that since 1280 in Tuscany, where the “falling” tower is located, there have been at least 4 major earthquakes, for example, a major earthquake in August 1846.

Nevertheless, the unique building moved them all without falling and without even getting any damage.

Despite the fact that different versions of the reasons for the abnormal stability of the tower’s design for earthquakes were voiced, no unambiguous conclusion to this effect has been made to date.

Geologists and engineers from Italy and Great Britain, led by Camillo Nuti from the Third University of Rome, carefully studied the design features of the tower and the ground on which it stands, and concluded that the tower’s resistance to earthquakes is related to the dynamic interaction between the structure and soil – structure interaction.

Soft soil, which initially caused the tower to tilt, interacting with the rigid structure of the entire tower, leads to the fact that the amplitude and frequency of the structure’s oscillations change and do not enter into resonance with ground vibrations.

Such interaction is caused by a very weak susceptibility of the base of the massive deformation structure and the possibility of mutual influence of the structure and the moving ground on each other due to inertial forces. For most systems (especially for relatively light structures on solid soil) this effect is negligible, but in this case the mechanical characteristics of the tower and ground lead to the fact that the destructive effect of earthquakes is suppressed.

So far the results of the study have been reported only in several international seminars. Officially they will be presented for the first time at the 16th European Conference on Engineering Seismology in June this year.

Now, in order to increase the resistance of buildings to earthquakes, special technological devices are often used. For example, Japanese engineers suggested using a counterweight system to increase the stability of skyscrapers, which help buildings to reduce vibration in long-term vibrational motions of the ground.