Soil has a strong influence on global warming 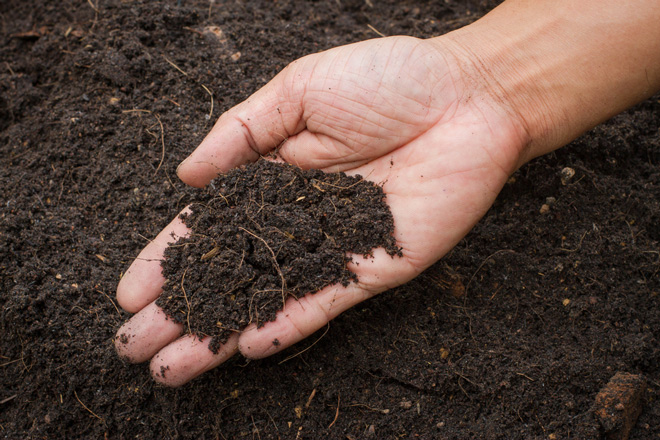 Long before ecologists began to panic around the world due to global climate change, Harvard University scientists began an unusual long-term study. They divided a parcel of untouched deciduous forest in Massachusetts, belonging to the University, into 18 equal sections measuring six by six meters. These sections they divided into six groups – three sites each. In each group, one area was left untouched, the second was placed a large number of heating cables, which increased the soil temperature by five degrees Celsius, and the third was used as a control site (it was also equipped with cables, but did not use them, leaving the soil temperature unchanged).

That was 26 years ago. The purpose of the experiment was to find out how carbon dioxide can be released from the soil when the atmosphere is heated. The results of this experiment were published only a few days ago in the journal Science, and they indicate that the growing global warming is partly due to warm soil.

As the Earth heats up, germs in the soil accelerate the disintegration of organic substances and proceed to others that previously stayed away from this process, each time releasing carbon dioxide into the atmosphere. It is known that the warmer the soil, the higher this activity of microbes.

According to the authors of the study, at the current rate of soil involvement in human activity during the present century, warming caused by soil heating will be “equivalent to carbon emissions from burning fossil fuels over the past two decades and comparable in magnitude to the total carbon emissions from the atmosphere from for changing the land use caused by man during the last two centuries. ”

American researchers note that until now when considering the problem of global climate change, all attention has been paid to the atmosphere, mainly because it is here that the warming itself is directly occurring. Even oceans are given more attention than soil, because they are the source of “fuel” for destructive hurricanes and floods. The world’s ocean contains 60 times more carbon than the atmosphere, while absorbing more than 90 percent of the heat emitted by industrial enterprises.

Meanwhile, the soil, as recent research shows, has a strong effect on global warming, so humanity must take this matter under close scrutiny. Scientists have calculated that in the upper layers of the soil a depth of no more than three meters contains more carbon than in the entire atmosphere and all the plants on the planet combined.

That is why, according to the authors of the study, soil control of the planet “is crucial for stabilizing CO2 concentrations in the atmosphere”. Among the measures that allow to retain more carbon in the ground, scientists call the reduction of the time of soil cultivation, the improvement of the mode of grazing, the planting of more legumes.

If mankind does not heed the advice of scientists and does not correct the practice of farming, the authors of the study warn that “the warming of the soil can trigger a chain reaction of carbon emissions, which will be very difficult, if at all possible, to stop.”