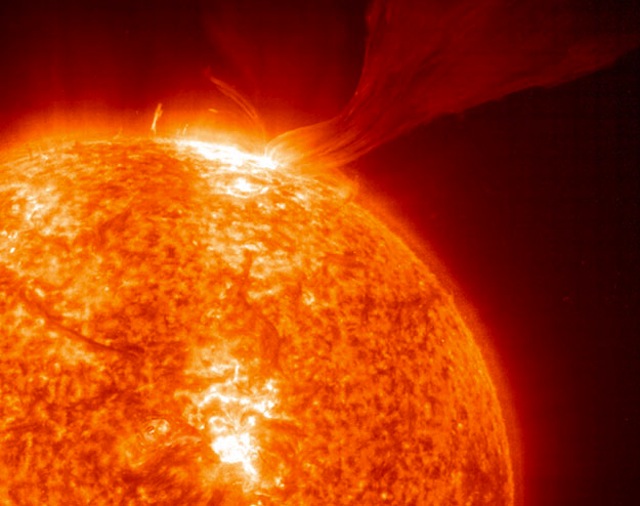 Observations of “sunsquare” show that the level of magnetic activity in the bowels of the Sun in recent years has decreased significantly and reached a record low values, indicating a potentially irreversible change in the work of its bowels, according to an article published in the journal MNRAS.

“The last peaks of the Sun’s activity were record low, and during the current cycle its minimum was unusually long.It will be very interesting to watch if the minimum of the next cycle is the same as last time or it will return to normal. And this “calm” on the Sun will be a single event, we will still be interested in knowing why it arose, “says Yvonne Elsworth of the University of Birmingham, UK.

Solar activity is determined by the number of sunspots and flashes on the Sun, associated with changes in the magnetic field of the light. The cycle of solar activity – from maximum to maximum – lasts about 11 years. In the years of the active sun, magnetic storms intensify and become more frequent, which can cause both technical problems and indispositions in humans, and polar auroras are more frequent.

As the scientists explain, until recently the Sun was in the phase of the so-called great solar maximum, during which the activity of the luminary was slightly higher than the multi-year norm. However, the current 24th cycle, which began in January 2008, turned out to be a record low, and at one time astronomers feared that the luminary would go into hibernation, but the resumption of its activity in 2015 partially dispelled these suspicions.

Elsworth and her colleagues found the first evidence that fundamental changes in the work of its magnetic field can occur within the Sun, generating spots and outbursts of activity, studying data on the “sunsquare” that the Bierson Biomedical Observatory has collected since 1985 to this day.

During this period, as scientists say, three cycles of solar activity have changed each other. One of them, the 22nd, was “normal”, and the last two were unexpectedly weak. Observing how acoustic waves generated by processes in the upper layers of the Sun propagate through its interior, scientists tried to understand whether the nature of the operation of magnetic fields in its interior and the manner in which the plasma fluxes that generated these fields changed.

As the observation data showed, in the bowels of the Sun there is really something incomprehensible, the traces of which did not disappear completely with the beginning of each new solar cycle. For example, pictures and data from BiSON show that the thickness of the layer where near-surface magnetic fields are generated has decreased with each new cycle, which affected the behavior of the spots on the surface of the light.

In addition, the way the surface of the sun moves also changes – in the last two cycles, the rotation of the star has slowed in its circumpolar regions located in the region of the 60th parallel of the southern and northern latitudes.

Why this happened, astronomers do not yet know how, or whether it will continue during the next cycle of activity, which will begin in two years. Now the number of spots on the sun is gradually falling, and scientists expect that their number again can reach record low values.

If the trends of the 24th cycle repeat, then, as Elsworth and her colleagues believe, it is quite possible that there is an analogue of the Maunder minimum, a period of abnormal calm on the Sun in 1645-1715, with the existence of which is associated with a long period of climate cooling at the beginning of the New Time.