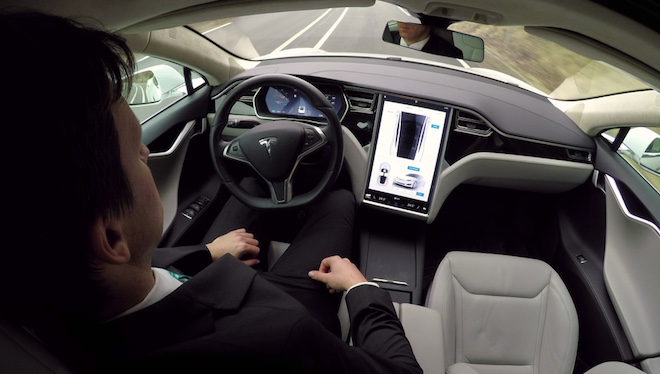 Unmanned vehicles on the roads can become commonplace in the future, but so far they have a number of nuances that require further development. One of the problems in their operation are software failures caused by solar activity.

It’s about solar storms – accidental eruptions of a huge amount of energy, which can cause a massive outburst of geomagnetic activity and radiation. For a human driver, these storms do not pose an immediate threat, but in the case of a digital robot, they can lead to a rupture of the connection between the car GPS navigator and satellites that provide information about the location of the vehicle for its further movement.

Scott McIntosh, director of the observatory at the National Center for Atmospheric Research in Boulder, Colorado, warns that systems of unmanned vehicles should not rely entirely on GPS. “The Sun has to intervene, and legions of computer-controlled computers will move out of the way and wait for the connection to resume,” McIntosh said.

Solar storms are estimated on a five-point scale, the most powerful of them can harm international power grids, disable satellites and radio communication on the solar side of the Earth. The US Space Weather forecasting center notifies about the upcoming storm of utilities, airlines and other industries that rely heavily on satellite data. Typically, the information comes 30-60 minutes before the charged particles reach the Earth.

The good news is that the sun is less active these days. Its energy spikes follow the 11-year cycle, which last peaked in April 2014. The beginning of the era of unmanned vehicles seems to coincide with a relatively quiet solar period.

Meanwhile, engineers-designers of automated vehicles are already taking steps to outwit the sun. Navigational systems of drones are mainly based on the field of sensors with laser pulses, known as lidar, which read the nearest environment and communicate directly with the computer nervous system of the car. More remote information, such as distance to the border, is stored in regularly updated high definition maps. This means that it is not necessary for such a car to use GPS to continue driving.

“At least in the case of a solar impact, the lidar data will be enough to stop the car calmly. Automated vehicles can work well even if the online connection is difficult, “said Danny Shapiro, senior director of the automotive division of Nvidia Corp., developing chips and artificial intelligence systems for Uber Inc.