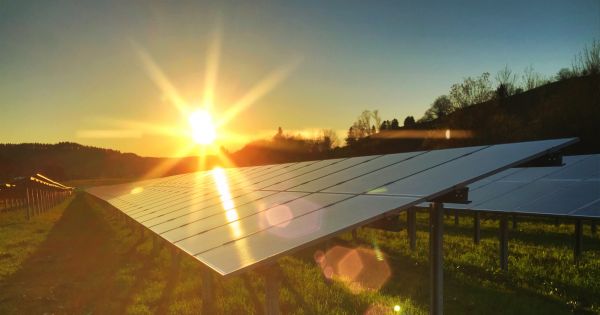 Solar energy is very attractive as a renewable source of electricity for both government agencies and businesses. This was facilitated by a significant reduction in the cost of photovoltaic cells. But agriculture depended on the energy of the sun long before we began to receive “solar” electricity.

Thanks to the research project “Agro photoelectric – effective use of land resources” (APV-RESOLA), which is implemented by the Fraunhofer Institute of Solar Energy at the Demeter farm in Germany, it was shown the possibility to combine crop production and energy generation into one complex. It is remarkable that at the same time the efficiency of land use increases by 60 percent.

About 40 percent of the energy produced by APV-RESOLA was spent on the direct needs of the farm, as well as on charging vehicles with electric drive. At the same time, 720 bilateral solar modules provided plants with a normal amount of sunlight.

“The first year of the project was completely successful: the agro photoelectric system proved its practicality, and its cost is similar to the cost of small solar panels placed on the roofs. The harvest is high enough and can be realized on the market with a profit, “the project manager Stefan Schindele said in a press release.

Although photovoltaic systems can be installed in private homes, the energy received from the sun comes from solar power plants. Typically, these energy complexes include a variety of panels and occupy significant land areas. In countries such as Germany, where the area of ​​agricultural land is very limited, the construction of solar farms while maintaining the area for agricultural crops is not an easy task. By 2022 Germany plans to shut down all nuclear power plants, which makes the need for alternative renewable energy sources even more urgent.

The APV-RESOLA project is a working model that can be replicated in other areas. The project uses photovoltaic arrays with a total capacity of 194 kilowatts, which is enough to provide 62 households out of four. In the first 12 months alone, APV-RESOLA produced 1266 kilowatt-hours for each installed kilowatt of generation, which is one-third more than the national average of 950 kWh / kW.

The next step is to prepare APV-RESOLA for commercial use. “To make sure the concept is correct before entering the market, we need to compare the potential technical and economic applications of agro-photoelectrics, show the possibility of using the complex in other regions and build larger complexes,” explains Schindele.