Soldiers will get an exoskeleton for the feet 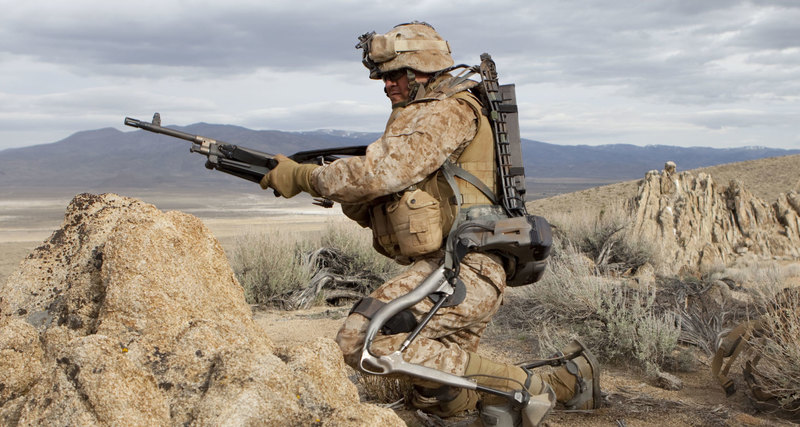 Soldiers with heavy weapons (machine guns, mortars or grenade launchers) will receive help from a new device, which in fact is a robotic leg, a kind of exoskeleton for the feet called FORTIS, a device to reduce the burden on the knees.

FORTIS developed by Lockheed Martin and is a power exoskeleton surrounding the lower extremities of soldiers. The system accepts heavy loads and transfers the main weight to its knees, where the exoskeleton provides additional support. Sensors on FORTIS are similar to what is on any smartphone, they fix the speed of the carrier, the direction and angle of motion, send all these data to the on-board computer, which controls the drives in the lap. When the system decides that the carrier needs help, it generates a pulse in the drives to support the load.

FORTIS is useful for lifting and dragging heavy loads, it reduces the amount of physical energy required to perform tasks. Especially it will be useful in the mountains, under the ground, on the stairs. The whole system weighs 12.5 kg, but Lockheed Martin assures that the load is distributed over the carrier so that it practically does not notice the exoskeleton.

Soldiers equipped with FORTIS are less tired and come to their goal more ready for action. True, the use of exoskeletons clearly opens the possibility for the command to load soldiers even more. FORTIS is built on military specifications and uses lithium batteries of military design. Of course, the system has obvious advantages, but there are also disadvantages: sooner or later the battery charge will end. If the exoskeleton breaks down or remains without energy on the battlefield, the soldier will have rather tight.