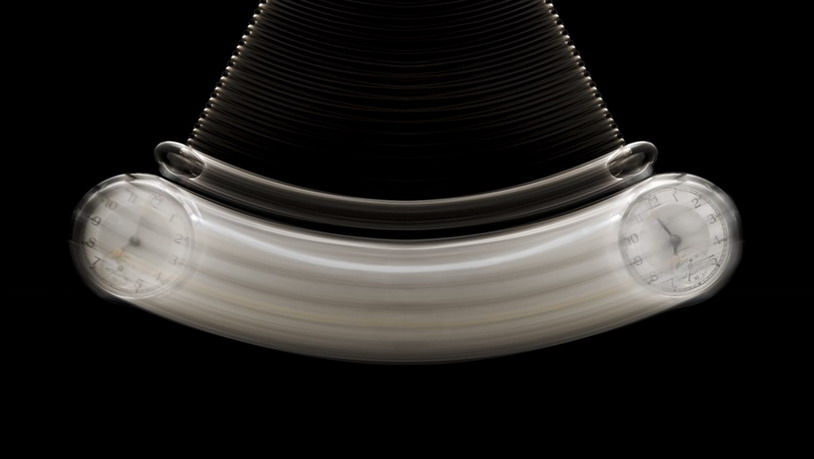 The “grandfather paradox” in time travel have long haunted philosophers, physicists and writers. It turns out that the problem has found a solution!

It took more than 120 years since the publication of “the time Machine” by Hg wells. The novel popularized the idea of time travel and inspired many other fantastic works on this topic.

But only recently was created the scenario of time travel, not causing issues from the point of view of logic, and the author of his computer.

A new story linked to the “grandfather paradox”, which so love to speculate philosophers. Moving into the past, the hero kills his grandfather, causing the light does not appear one of the parents of the traveler and thus a hero himself.

The problem is that if the traveler is not born, it is not clear how initially he was able to move from the future into the past and change the course of events?

In many cases, the paradox appears in expanded form and under different guises, not just limited to murder his grandfather. For example, in one of the parts of the movie Back to the future Marty McFly doesn’t reciprocate the love claims her mother Lorraine, and doing everything possible so that she has married his father George.

Meanwhile physicists, including Stephen Hawking, have used the impossibility of the existence of such causal chains (in the circle of physicists, they are called closed time-like curves) to challenge the fact of time travel.

Of course, the “grandfather paradox” will cease to be so, if we assume the simultaneous existence of multiple universes. It turns out that have done in the past and returned the time, the traveler finds himself in a completely new universe, which he was able to influence. The universe served as the starting point for the journey continues to live on as usual.

This solution is suitable, but it implies the existence of many alternate universes, each of which has a copy of the time machine.

To find a way out, based on the existence of only one universe, much more difficult.

Specialist in computer science from the Interdisciplinary center (located in the Israeli city Grecia) Doron Friedman used automated reasoning to explore the paradox. A scientist’s work is published in arXiv, and will soon receive a response from fellow professionals.

For all aspects of time travel are difficult to trace. But Friedman has created a program that takes into account the events of the past and the future, as well as the presence or absence between logical connections.

The object of the study was the version of the paradox, according to which the main character goes back in time and kills his father.

When Friedman data was loaded in the program, she identified the paradox, claiming a contradiction because the son moved into the past and killing his father, calls into question his appearance, is not possible without the participation of a parent.

Friedman asked for a solution to this problem, and the program went through thousands of possible options to come to a logically justified. In other words, the murder of his father should not affect the existence of the protagonist.

There were many possible solutions, but Friedman has published two of them.

In the first embodiment, the son (let’s call him Marty) becomes his own grandfather. Moving into the past and killing his young father (George), Marty conceives a child, who later becomes his father, another George.

So-so decision, because it will cause global changes in the chain of events that will impact mostly on grandma Marty.

The second option is of greater interest. The catch is that the decision is applicable only in the case if the father could also time travel.

Events are as follows.

In 1954, my father Marty named George moves one year ahead (1955-yy), where he meets the mother of Marty, Lorraine and begets with her a son, then returns to his own time. Then in 1954, the first year claimed Marty and kills the father.

A little trip to George for the year ahead allows Marty to be born, and all contradictions disappear.

Admittedly, the solution mixed, and the fate of the family appears equally unlikely, as the fact of time travel, however, the algorithm was not created in vain.

Features of the program are not limited to inventing stories for fiction. Its main goal was the tracking of inconsistencies in the virtual reality created by the apps for learning or even psychological rehabilitation.

Friedman writes that “unlike the real world, the virtual world allows you to “go back”, change it and see the consequences.” In each text the editor has an undo feature with which the deleted text back into place. Making the wrong action in a video game, you can always go back to the previous save and try again.

Time travel via virtual reality training program will demonstrate to people the consequences of their decisions. Someone the algorithm will help to overcome consequences of psychological trauma, prompting the right decision.

Sad only that eternal problem fathers and children the program can not solve.