Solved the main problem of life on Earth 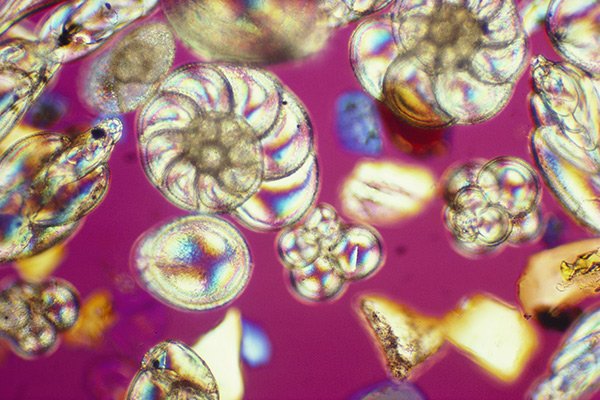 Last year at the bottom of the Atlantic ocean, scientists have discovered Loki — the missing link between eukaryotes and prokaryotes, the body, which can help to answer the question, how did the first cells with a nucleus and mitochondria. .<url> read the article microbiologist Dey, Gautam (Gautam Dey) in the journal Trends in Cell Biology that is the first eukaryotic organism.

Eukaryotes — giant group (domain), living organisms, including man, monkeys, cats, insects, and amoebas. All have in common is that their cells contain membranous organelles: nucleus, mitochondria, plastids. Scientists have found that the eukaryotes are the fruit of the symbiosis of the creatures of the other two (types of cell or prokaryotic domains: bacteria and archaea.

The cells of eukaryotes differ significantly from prokaryotes. For example, their weight at one to two orders of magnitude greater than the mass of bacteria and archaea. Another very noticeable difference eukaryotes — inner membrane separating their cytoplasm into numerous compartments — compartments. The movement of the compartments and their distribution in the internal environment of cells is regulated by several specific proteins, in prokaryotes previously not encountered.

Scientists for decades have debated what should be the cellular and genetic nature of the last common ancestor of eukaryotes (LEKA) — body, from which all having the nucleus of the cell. It is believed that eukaryotic cells is the result of the symbiosis of archaea, who played the role of the host cell, and the bacteria that gave rise to the mitochondria. However, there was a serious problem: not enough intermediates that are able to bridge the gap between prokaryotes and eukaryotes, very different sizes and degrees of complexity of organization.

Help came from an unexpected quarter. The technology of DNA decoding are becoming cheaper and more accessible. It is now possible to collect genomic data from different environments inhabited by archaea and bacteria. The fact that not all microorganisms could be cultivated in the laboratory. After all, they live sometimes in extremely specific conditions, for example, in geothermal sources. But you can collect samples, process cells and reagents for DNA extraction and to determine the nucleotide sequence to find the specific genes. Deciphered the genomes of many archaea and revealed: prokaryotes contain sequences similar to genes, which, as previously thought, are found only in eukaryotes. 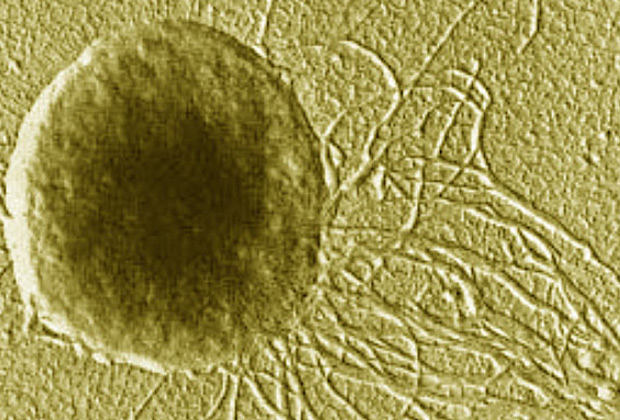 What are these genes? First, those that encode proteins that form prereplication complex, required for copying DNA. Second, the sequence encoding the ubiquitin involved in regulating the activity of other proteins. Third, the genes responsible for the synthesis of actin, tubulin and ESCRTIII protein molecules, is needed to give the membranes of certain forms and considered to be specific to eukaryotes.

It is established that the main part of the protein mechanisms that determine the intracellular architecture of nuclear cells, derived from proteins present in archaea group TACK. In the TACK includes the type of Thaumarchaeota, Aigarchaeota, Crenarchaeota and Korarchaeota. Recently discovered in the Atlantic ocean Lokiarchaeota also belonging to the specified group, confirmed this theory. The fact that lakearea whose genome has been allocated in 2015 from the cells collected near a hydrothermal vent, “the Castle of Loki, revealed 175 genes encoding proteins similar to eukaryotic. This includes and ESPs (eukaryotic signature proteins) — proteins considered unique to the nuclear cells. When the scientists constructed an evolutionary tree — a diagram that shows the relationship between different organisms, — it turned out that lakearea closer to the eukaryotes than to other archaea. As an analogy, you can lead the chimpanzee: its DNA with this Primate closer to humans than to other apes. 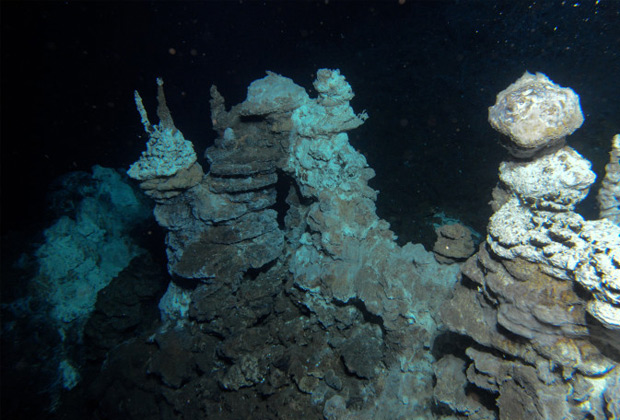 Loki is the first prokaryotic organism in which the detected proteins resembling eukaryotic GTPase. This discovery has inspired scientists because of the nuclear organisms enzymes GTPase — key control the cytoskeleton, mobility of cells, boobsamateur compartments and intracellular transport. The question arises: why lacarguy need all this?

There is speculation that GTPase need lacarguy, because these prokaryotes are primitive organelles and membrane transport system, transport system reminiscent of eukaryotes. Loki can absorb bacteria using phagocytosis, resulting in acquired internal symbionts that later became the analogues of mitochondria. However, it may be that in fact Loki’s small body, whose “eukaryotic” genes perform other regulatory functions. So, lakearea are at the beginning of the transformation into nuclear cells. They gradually acquire a eukaryotic intracellular architecture through the exchange of genes with their bacterial partner. From this point of view, eukaryotes is the result of equal collaboration between bacteria and archaea. Which of the alternatives is true, show only direct study of Loki.

It may seem that since we already know genes laciura, we could reproduce the appearance of the cell and to understand what we need. However, it is not so easy. Between genotype (set of genes) and phenotype (set of characteristics and traits of the organism) a great distance. For example, like each of the other genes in different organisms can perform different functions. Only a small difference in the DNA sequence of the gene encoding the protein actin, which can lead to large changes in the cytoskeleton and in the appearance of the cells. However, some insights from genetic similarity can still be done. Of course, the Loki is to be speculation, but very plausible. 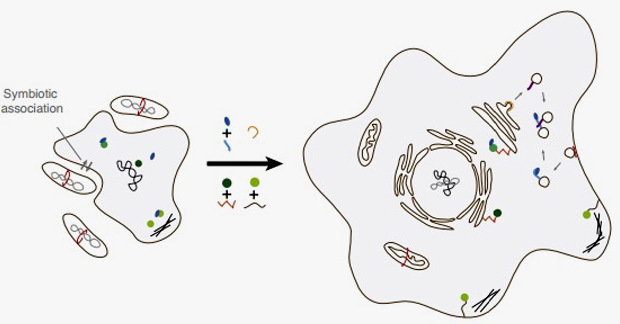 Eukaryotes have lipid-modifying enzymes, providing GTPase interaction with membranes. It is apparent that enzymes and GTPase must evolve together, but Loki was not orthologous (similar compounds performing similar functions) of modifying proteins. It is possible that akiara there are some other mechanisms that contribute to the connection GTPase with membranes or GTPase generally play a different role.

Is there a way to know which of these options is more likely, just by looking at the DNA of archaea? You can look, for example, operons, structural features of genome organization in prokaryotes. They include stretches of DNA and genes (cistron) that perform related functions. Thus, beside the genes, coding GTPase found the genes responsible for the synthesis of proteins. They could tell what is the function GTPase. If it is confirmed that these enzymes play some other role, perhaps, their functions similar to those performed by other small GTPase — those that control the transport of substances between the nucleus and the cytoplasm.

If the latter is true, then we really have to recognize that GTPase in Loki perform regulatory functions and are not involved in phagocytosis. Most likely, Lokiarchaeota have – and primitive inner membrane, but have not yet acquired mitochondria. These organisms demonstrate how would look like archaea, embarked on the path of becoming a nuclear cell. Their close interaction with alphaproteobacteria, the ancestors of mitochondria, allowed to settle within the archaea, but after how there was massive borrowing genes.