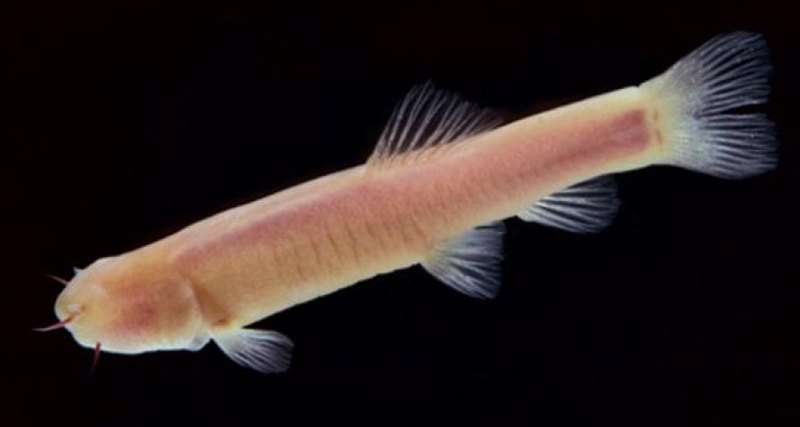 Almost all living organisms, starting from bacteria, have a mechanism for repairing DNA damaged by ultraviolet radiation, with the help of hormones produced under the action of sunlight. In all but the placental mammals and one small blind fish.

Phreatichthys andruzzii is a small fish living in the caves of Somalia. According to today’s views, its distant ancestors left the day surface about 2.6 million years ago, and, since then, the fish have lived in dark underground reservoirs, isolated from everything that happens on the surface and, in particular, from sunlight. This led to a series of different effects, the most notable of which was the loss of the eyes. Scientists have already found that the daily cycle of the fish is 47 hours and is completely independent of light. And now it turned out that this little blind creature looks like us.

She also lacks the ability to photoreactivate DNA, which everyone has, from bacteria to crocodile. And placental mammals do not have it. And the blind cave fish, too.

We will not consider this mechanism in detail here; we will limit ourselves to what it is and rather efficiently. And, behold, you and I don’t have it. This is a very conservative mechanism that has passed without noticeable changes billions of years of natural selection.

The authors of the study suggest that in the evolution of mammals there was some stage associated, like a fish, with isolation from sunlight. As an option, our very distant ancestors were nocturnal in the Mesozoic, and during the day they hid somewhere in the dark so as not to be eaten by larger animals.