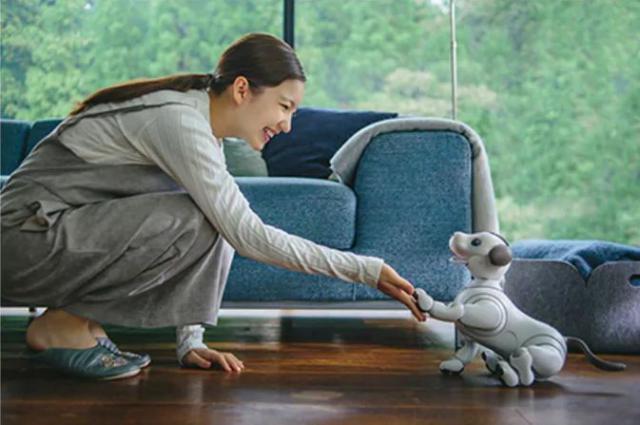 Sony showed a new generation of robotic dogs Aibo. The devices will go on sale in Japan in 2018 at a price of $ 1.7 thousand.

The first robot Aibo company introduced in 1999, but in 2006 decided to wind down its production due to financial problems. And now Sony decided to return to Aibo.

The last robot Aibo is unlike the previous version, although its purpose remained the same: to entertain the user.

The new version of the robot dog has a length of 30 cm. Aibo is endowed with an artificial intelligence system that allows it to interact with its owner and the surrounding space. The device became less and less like a robot and more and more – a living dog.

The new Aibo understands words and is able to distinguish the emotions of its master. She remembers which movements she liked most.

Dog eyes have LEDs that allow you to express different emotions.

Robot Aibo is endowed with a lot of sensors, cameras and microphones. Due to the access to the Network with the dog it is possible to play remotely via a smartphone. LTE and WiFi are supported. Black ears and tail Aibo are made mobile. The built-in battery allows the robot dog to move for 2 hours.