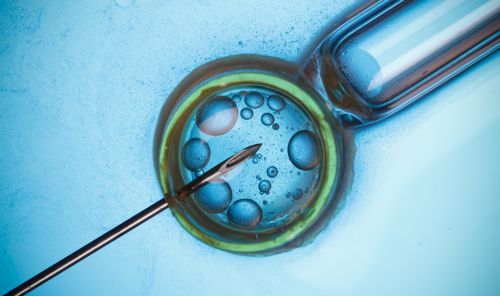 Gametogenesis “in vitro” or the IVG is a unique technique that allows to grow a huge number of embryos on the basis of trace amounts of genetic material of the donor. With the method for genome editing in the future, it may become the main instrument through which people will be able to choose and to set their future children.

“Design babies” is a kind of hypothetical puzzle that drives scientists mad. Suppose you want to choose the appearance of your child as well as now can configure the interior of the living room or the car’s appearance. Of course, without the intervention of geneticists and biochemists are not enough. The technology of in vitro fertilization (IVF) allows parents to some extent to choose the traits of a future child from a huge list that make up the curators of the sperm Bank, but how far do these experiments?

A group of scientists and bioethical working hard in a direction that will allow you to program the appearance of your children. The in vitro gametogenesis (IVG) — a method that allows you to program specific sets of genes in the egg and the sperm. In practice, this means that on the basis of any genetic material (even flakes of skin) can be grown sexual agent, which can be used for artificial insemination. Want a child from a celebrity? Just steal a napkin he wiped his lips in the restaurant, and bring her to the clinic!

“That encompasses IVG? It is literally the ability to edit the CRISPR system. This promising development is still developing, but already its potential to predict a future in which genetic correction will not be something supernatural,” says Glenn Cohen, a Professor at Harvard University and one of the authors of the new be and in the journal Science Translational Medicine. He warns that abortion can be the source of many political and ethical dilemmas, and it’s easy to believe.

IVG allows you to easily produce large number of embryos, and the manipulation CRISPR will make it easy to edit certain genetic parameters, selecting in the end the most attractive for implantation options. Cohen compares this with how the named Michelangelo painted the Sistine chapel different from the everyday work of the contemporary designer in Photoshop. “If the natural process of embryonic development is long and on a predetermined script, with all its attendant disadvantages, the wizard can try thousands of options before finally can find the most suitable combination,” he says.

In fact, to such a scale are still very far away. Currently, abortion is only tested on mice, and changing technology CRISPR, so often appearing as a core argument of the breakthrough in genetics, it actually investigated only marginally. As inhibitory factors are an imperfect technology, and a huge number of economic, ethical, political, religious and other social aspects that sometimes scientists simply block oxygen. To such a delicate industry as embryonic genetics, developed in full force, have advanced equipment, millions of dollars of investment and the absence of any restrictions, what the modern world is almost impossible to achieve.

There are some difficulties with the technical side of the issue. Now, if you want to edit the genetic structure of the embryo, you have to first carry out the interaction of sperm with the egg, and then hope that you get the embryo with the necessary set of basic signs, without any extraneous and pathological features. But if you are working with stem cells you can edit them before they turn into sex, and therefore you have an almost infinite number of attempts.

According to Cohen, abortion cannot be considered as a full reproductive technologies. Instead, the scientist offers to develop a set of rules based on ethical and scientific assessment process. In the future, the technology could easily spiral out of control and society, although it is worth noting that it will almost completely solve the problems with infertility worldwide. But it will not be soon.