Soon the planes will cease to disappear from the screens 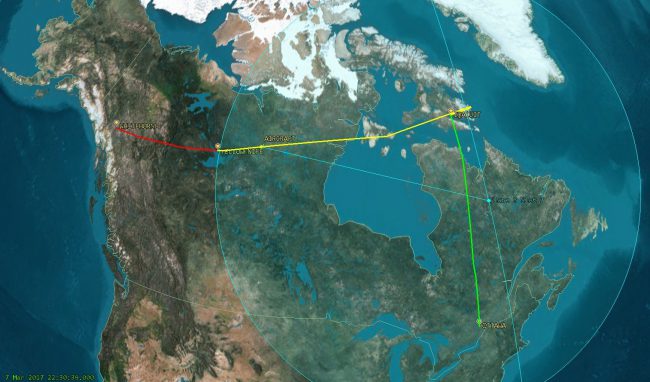 This month will be three years since the flight 370 of Malaysian airlines disappeared enigmatically. March 8, when flying from Malaysia to China, the aircraft deviated from the planned route and went beyond the reach of the radar somewhere over the Andaman Sea. MH370 and 239 of its passengers probably fell somewhere in the Indian Ocean, but even after a long search the black box was never found. The tragedy remained forever shrouded in mystery.

The frightening truth is that planes go beyond the coverage of radar quite often. When you fly in an airplane and the screen in front of you shows your position above the ocean or poles, it is likely that you, the passenger, know more about the location of your aircraft than air traffic control. But this must change.

“For the first time, we receive aviation traffic from around the world, including the oceans,” said Daniel Colussi, former CEO of the satellite communications company Iridium, at the conference. “For the first time the plane is generally observed over the poles.”

In January, Iridium launched the first ten of 66 satellites, which for the first time will be able to continuously monitor the position, speed and altitude of the aircraft around the globe. Although the network will not work until the end of 2018, two satellites are already included and started sending data a few weeks ago.

“When we stepped up, we began to collect targets. These are just flying vehicles, “says Vinny Kapetsuto, technical director of Aireon, a company that creates satellite tracking technologies. In 62 hours, one satellite compiled unique codes and data on the position of 17,000 aircraft, including those that are above the oceans and in remote areas where the radar can not reach.

How does the system work? 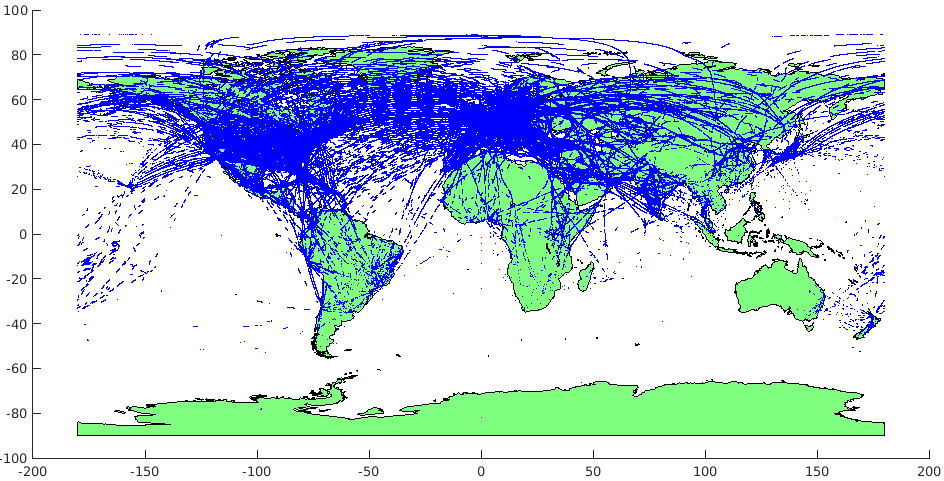 Pilots use GPS to track their aircraft, but this does not mean that the air traffic controller can always find them.

The radar measures the location of the aircraft by sending pings of radio waves and measuring how long it takes for the signals to be reflected off the airplane. But this only works if the aircraft is within the line of sight of the radar tower, without mountains or other solid objects on the way. The radar does not work at great distances, so the oceans are a large blind spot.

Approximately 15 years ago, air traffic control began with the use of ground stations ADS-B. ADS-B, which means “automatic dependent surveillance-broadcast”, monitors the position of the aircraft via GPS and automatically transfers this information to air traffic control, as well as to other aircraft.

The ADS-B receivers are “the size of a mini-fridge,” says Kapetszuto, and since they are much easier to install in hard-to-reach places, they significantly improve the tracking of the aircraft. The Federal Aviation Administration is so fond of them that it requires that all aircraft that fly through controlled airspace be equipped with these broadcasters by January 2020.

Nevertheless, terrestrial receivers of ADS-B have many of the same problems with direct visibility as the radar, and under precise conditions their range is about 250 nautical miles at an altitude of 28,000 feet (8,500 meters).

“In fact, there is simply no option for tracking in the ocean,” Kapetsuto says. “At the moment, flight dispatchers are projecting where the aircraft should be based on the flight plan or pilot’s message, rather than on reality. Deviations from the flight plan occur constantly. ”

The placement of ADS-B receivers on satellites eliminates visibility problems, providing a glimpse of aircraft flying around the world from a bird’s eye view. Having received data on the location of the aircraft, 66 Aireon satellites will transmit information to ground stations. The entire transfer will take about two seconds.

Satellite ADS-B could not save flight MH370 – its GPS transponders were disabled in the middle of the flight, and technologies of a different kind would be required to prevent the accident. But tracking technology, of course, can make the flight safer. And when catastrophes do occur in remote corners of the globe, airlines will quickly find debris and understand what went wrong, and perhaps faster help will come.

There are other advantages.

“The airways are designed where we could place radar and other equipment on the ground for navigational purposes,” says Kapetsuto. But with satellite tracking aircraft could make more direct routes from point A to point B.

In addition, increasing accuracy and reliability will allow aircraft to safely fly closer to each other. Above the ocean, as a rule, aircraft are kept at a distance of not less than 80 n miles between themselves. But if all planes were equipped with ADS-B, this distance could be reduced to 15 nautical miles, which would also help to put more planes on the most efficient route. This means reducing flight time, fuel and greenhouse gas emissions.

Karen Marais, aerospace engineer at Purdue University, believes that by 2025 ADS-B space tracking can reduce the amount of fuel that passenger planes crossing the North Atlantic burn very much.

Despite the fact that Aireon’s satellite network is not ready for a live broadcast, the company begins testing its equipment for tracking with customers, including air traffic controllers in Iceland, Canada, Ireland, South Africa and other countries.

These groups will be able to check the data coming from two active satellites. Testing also gives companies the opportunity to get to know the system so they can adapt their personnel, procedures and rules to fit the new technology, says Capecizzo.

In a recent test, Nav Canada (an organization that coordinates Canada’s air service) conducted the aircraft over remote parts of the country. Starting from Ottawa, her CRJ-200 aircraft flew to the isolated city of Iqaluit, then west to Yellowknife and Whitehorse. Part of the journey passed through the airspace, where there is usually no control over air traffic, says Ron Singer from Nav Canada.

When the satellite flew over the airplane – once every 100 minutes – Aireon could observe the position of the aircraft with extreme accuracy. And when the other satellites are in orbit, tracking will be continuous.

Iridium plans to launch the next batch of satellites in June. The company hopes that a fleet of 66 satellites will observe air traffic as early as the end of 2018 – but here it is worth mentioning that space projects usually like to delay.

Initially, the first batch of satellites was to be launched in 2015 and become fully operational by 2017. The explosions of several SpaceX rockets prevented this timetable.

But after launching into orbit, Aireon thinks that its ADS-B satellite receivers will radically change the principles of air traffic control.

“We saw the plane in the polar regions, where no one sees any air traffic at all,” says Kapetsuto. We saw them in the oceanic regions. We see traces from Europe to North Africa. When we have all 66 satellites, we will see this picture constantly, every second. Air traffic controllers will be able to see the whole world for the first time. “