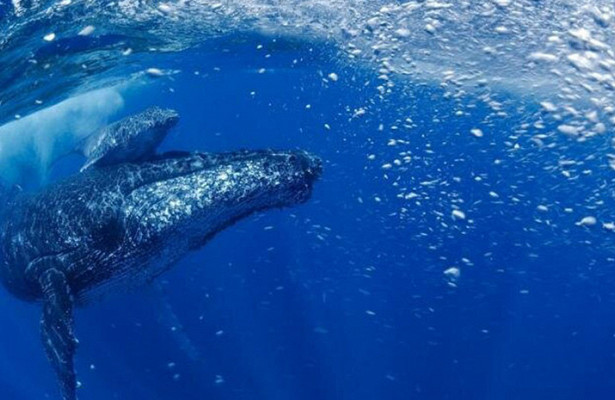 The humpback whale population of the South Atlantic has recovered after almost complete extermination. This conclusion was reached by American researchers.

Based on archival and modern data, they created a model for calculating the natural growth of these mammals and found that the number of marine giants reached the level of the beginning of the twentieth century – before the whaling boom. In the southern Atlantic Ocean, their number increased from 450 individuals to 25 thousand. The mathematical model for calculating the humpback whale population can be used to study the population and other animal species, scientists are sure.

Scientists from the University of Washington (USA) studied the humpback whale population in the South Atlantic and concluded that the number of these animals returned to the level that was before the start of the whaling boom. To determine the number of these mammals, they developed a computer model. The work was published in the journal Royal Society Open Science.

The development of whaling in the early twentieth century led to a catastrophic reduction in the number of most large species of whales and put them on the brink of destruction. Scientists estimate that in the southern part of the Atlantic Ocean the number of humpback whales decreased from 25 thousand to 450 individuals. The restrictive measures of the 1960s on commercial whaling and the full moratorium introduced in the 1980s saved this species from complete extermination.

Over the past decades, the situation has improved markedly. In previous studies conducted by the International Whaling Commission in 2006-2015, it was reported that the humpback whale population has recovered by only a third. However, the calculations of American experts showed that the number of humpbacks today is approximately the level that was before the boom of fishing, and for the South Atlantic is about 25 thousand individuals.

“We were surprised that the population is recovering faster than what was said in previous studies,” said one of the authors of the work, John Best.

Researchers were able to establish the approximate number of humpbacks before the fishing boom from the archives of whalers.

Scientists also combined the data of modern observations of whale herds from aircraft and ships to find out the number of humpback whales to date. The data formed the basis of the program for calculating the restoration of a population created using computer simulation methods.

The resulting software scientists have posted in the public domain. The authors suggest that the model for calculating the growth of whales can be used in the work to determine the number and other species of animals.