South Korea has created a 3D printer for food printing 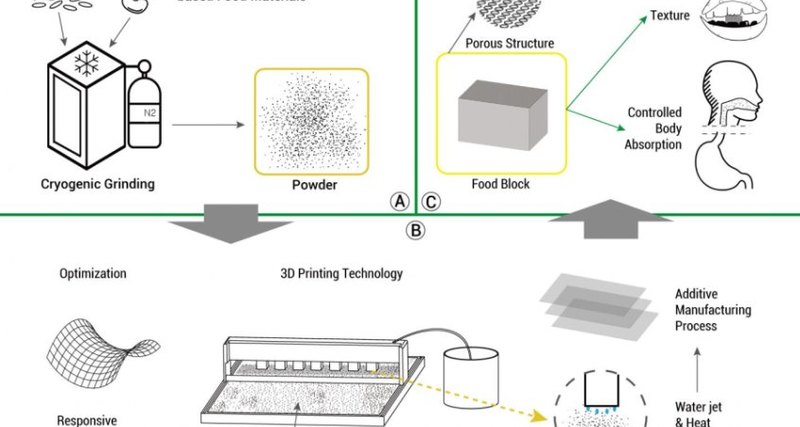 At the Experimental Biology 2018 conference, scientists from South Korea introduced a new technology: 3D printing of food with a given shape, texture and nutrient content.

“We have created a platform that uses 3D printing to create food microstructures, they allow you to set the texture of food and the speed of its absorption by the body at a personal level,” says Ri Jin-Kui, professor and head of the study. “We think that one day people will have cartridges with a crushed version of various ingredients that can be mixed using a 3D printer and prepared according to the needs and tastes of the user.”

In addition to personalizing food, the possibility of three-dimensional printing of food at home or on an industrial scale will significantly reduce the amount of food waste, as well as reduce the price of food due to problems with storage and transportation. And, naturally, such processing of food and the creation of objects of any form from it can correspond to the growing needs of the increasing number of people on Earth.

For the study, scientists used a prototype 3D printer, on which you can create food with microstructures that repeat physical characteristics and nanotexture of real food samples. With this control, you can pre-set the shape, structure, and even the speed of absorption of food, which can not be done with ordinary food.

However, the taste of the product at the speech did not go.