South Korea will have a “city” for testing unmanned vehicles

In South Korea, the first section of the test range for self-guided vehicles with an area of ​​323,749 square meters has just been opened. The site, called “K-City”, is located about 32 kilometers from the South Korean capital.

According to the local information publication Korea Herald, central urban and suburban roads, urban infrastructure and many houses will be built to simulate real South Korean roads and streets at the facility. The project is built in parts, and now only its first section, including a four-lane road, has been commissioned. Complete completion of construction and commissioning of the entire test site is expected by the end of 2018. Here, companies like Samsung, SK Telecom, Hyundai and Kia Motors will be able to test their unmanned vehicles. 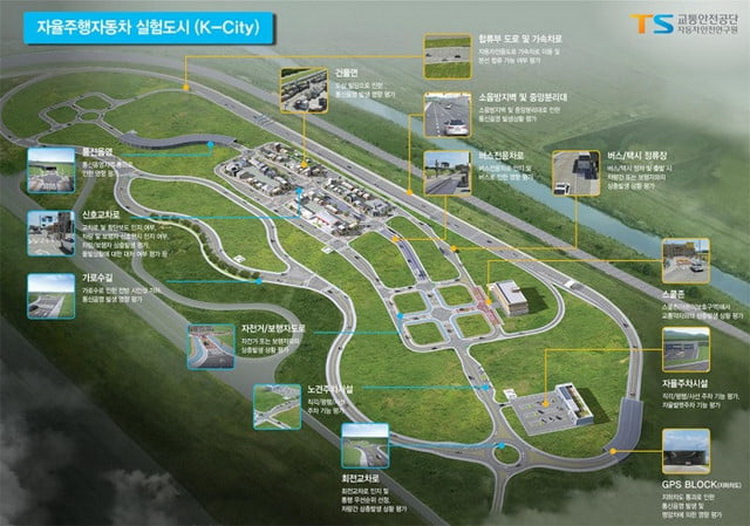 South Korea has very ambitious plans for self-governing transport. The construction of the test site will be designed to increase the speed and efficiency of implementing the government’s course to create commercial accessibility of vehicles with a third level of autonomy over the next three years.

By the way, in this respect, the Asian country is not alone in its desires. For example, in the USA there is also a large test site. Waymo, which develops technologies for unmanned vehicles, has built a 404,668 square meter “Castle” test range in the California desert. The creation of another, even larger testing ground, is run by the University of Michigan. It will be erected on the territory of the former aircraft factory, owned by General Motors. This landfill is planned to open as early as next month, and it will occupy an area of ​​1.4 square kilometers.

All of these test sites will play an important role in the preparation of self-guided vehicles for use on public roads. The data collected during such tests will help the developers to make sure that this technique meets all the necessary levels of security before it hits the city streets.