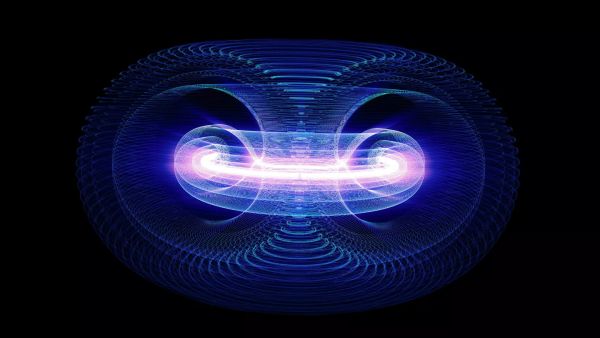 The Korean experimental tokamak KSTAR has set a world record for plasma confinement, ScienceAlert reports. During one of the launches of the installation, the temperature of 100 million degrees was maintained for 20 seconds. The results of the experiment will be presented at the 28th IAEA Conference on Fusion Energy in 2021.

Known as the “Korean artificial sun,” the Korea Superconducting Tokamak Advanced Research (KSTAR) device uses magnetic fields to generate and stabilize superhot plasma with the ultimate goal of making nuclear fusion a reality. This will allow humanity to gain access to a virtually unlimited source of clean energy, which scientists believe will change our lives.

In thermonuclear devices such as the KSTAR tokamak, atomic nuclei combine to release enormous amounts of energy. The same fusion reactions occur on the Sun.

For the technology to become viable, it is necessary to maintain high temperatures and plasma conditions for a sufficiently long period of time. To create plasma, physicists use hydrogen isotopes, in which ions and electrons are separated and ready for fusion. Until now, the temperature of 100 million degrees could not be kept for more than 10 seconds. Now at the KSTAR tokamak this figure is doubled.

“The technology required for long-term plasma operations with a temperature of 100 million degrees is the key to realizing thermonuclear fusion,” the portal quoted the director of the KSTAR Research Center of the Korea Fusion Energy Institute (KFE), nuclear physicist Si-Woo Yoon “KSTAR’s success in maintaining high-temperature plasma for 20 seconds is a pivotal moment in the race to achieve long-term, high-performance plasma technology, a critical component of the commercial fusion reactor of the future.”

The main task of researchers is to achieve the stability of nuclear fusion reactions. KSTAR first broke the 100 million degree limit in 2018, managed to hold the temperature for 8 seconds in 2019, and now, thanks to the update of the internal transport barrier (ITB) modes inside the installation, this achievement is significantly exceeded.

“Ion temperatures of 100 million degrees, achieved by efficiently heating the central plasma for such a long time, demonstrated the unique capabilities of the KSTAR superconducting device,” says one of the experiment participants, nuclear physicist Young-Seok Park of Columbia. university.

“The success of the KSTAR experiment by overcoming some of the disadvantages of ITB regimes in the long-term high-temperature operation of the facility brings us one step closer to the implementation of nuclear fusion technologies,” adds nuclear physicist Yong-Su Na from Seoul National university.

Despite the fact that while such research reactors produce less energy than they consume, the progress is encouraging, the study authors say. By 2025, KSTAR engineers want to achieve high-temperature plasma confinement for 300 seconds.