Southernmost evidence of Neanderthals found in a cave in Palestine 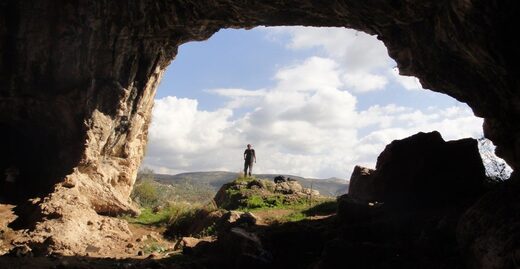 The fossilized tooth of a nine-year-old child found in Shukba Cave is the southernmost evidence of Neanderthals ever discovered.

New archaeological finds from a cave in the hills north of Jerusalem also suggest that Neanderthals were the first to use stone tool-making technology believed to be unique to modern humans.

Chris Stringer, an expert on human evolution at the Museum, says: “There are two interesting things about this discovery.

“Firstly, we wondered for a long time whether the Neanderthals ever got to Africa. Shukba is only a few hundred miles from Africa, so this find really increases the likelihood that they actually ended up there.

Secondly, the stone tools found there were considered the product of modern man. However, if this tooth reflects a long-term occupation rather than sporadic visits, it is likely that similar instruments were made by Neanderthals as well. We have an association of the Neanderthal tooth with an industry that is considered typical of modern humans. ”

There are many cave sites containing evidence of the existence of human ancestors in the Middle East. Fossils of both Homo sapiens and Neanderthals have been found, making the region a potential mixing site for populations. However, the extent to which a given population used unique sets of stone tools is a matter of controversy, with the claim that the specific Nubian Levallois method was created only by Homo sapiens.

In a new study published in Scientific Reports, researchers at the Max Planck Institute for the Science of Human History have teamed up with international partners to re-examine the fossils and archaeological data from Shukba Cave.

This is the first time that this human tooth from this site has been extensively examined along with serious research into stone tools. 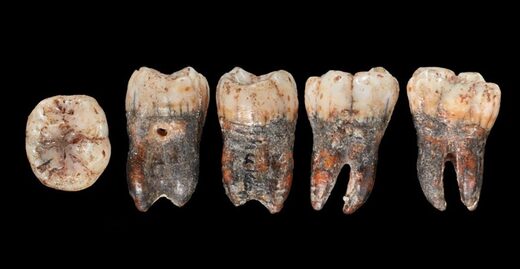 The Shukba Cave site was first excavated by British archaeologist Dorothy Garrod in the spring of 1928, who discovered stone tools and animal bones cemented in the cave sediments, as well as a unique large human molar. The tooth was kept in a private collection for most of the twentieth century, but eventually ended up in a museum, allowing researchers to take another look at it. They figured it belonged to a Neanderthal between the ages of seven and 12.

Both Homo sapiens and Neanderthals used a wide range of stone processing technologies. It has recently been claimed that Nubian Levallois technology was used exclusively by Homo sapiens.

This is the first time that they have been found in direct connection with Neanderthal fossils, which suggests that we cannot make a simple connection between this technology and Homo sapiens.

Dr. Jimbob Blinkhorn of the H.E. Max Planck and the lead author of the article says, “Areas where both hominin fossils are directly associated with stone tool assemblies remain rare — their study is critical to assessing hominin occupations.”