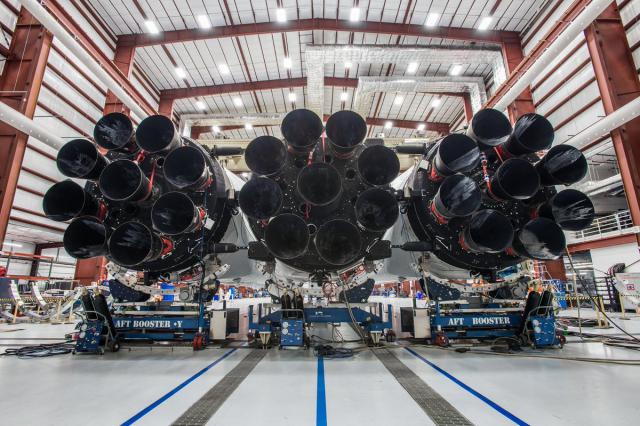 The company SpaceX showed its new “megacete” Falcon Heavy, the first launch of which is scheduled for January next year. Published by the founder of SpaceX Ilon Mask photos were taken in a hangar in Florida. 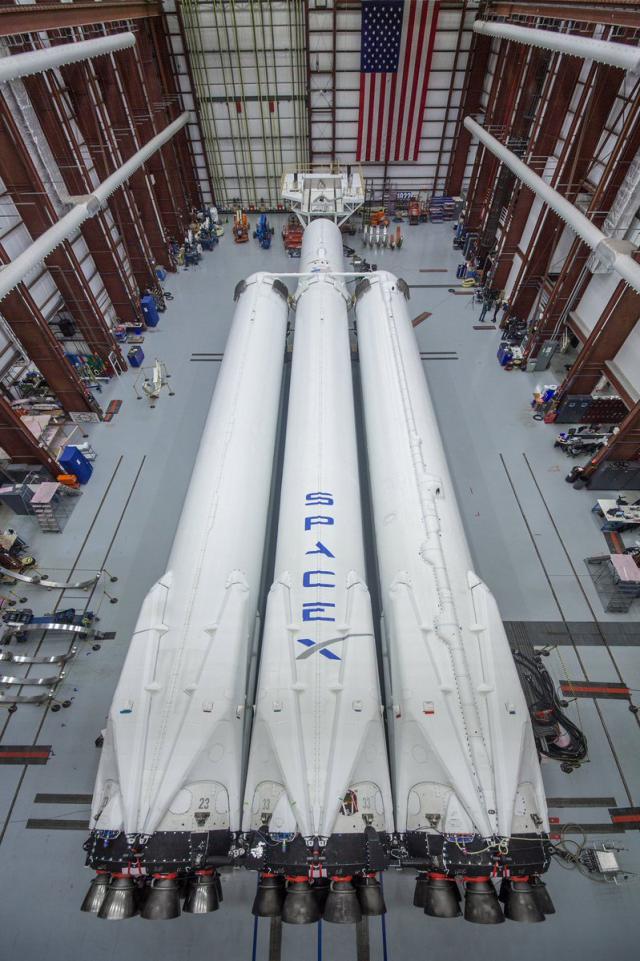 As previously stated by the entrepreneur, the first cargo that will lift Falcon Heavy, will be his cherry red Tesla Roadster. 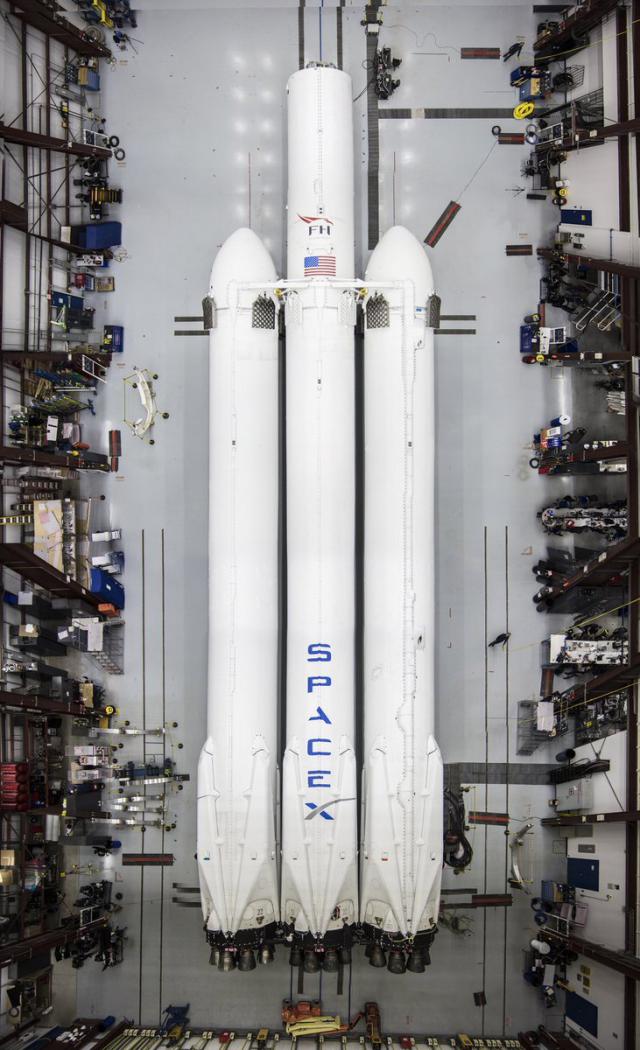 By the end of this year, the company plans to test the launch of 27 rocket engines on the ground.

The two-stage Falcon Heavy has two lateral accelerators. The first stage is based on the stage of the Falcon 9 FT booster rocket, the second stage is the same as that of the Falcon 9, which is already used to deliver cargo to the ISS.

Falcon Heavy is designed to bring heavy loads and large satellites into orbit. In addition, this missile is planned to be used to launch vehicles to Mars.

According to representatives of SpaceX, Falcon Heavy will be able to take 63 tons of cargo to low earth orbit. The weight of the payload for flights to Mars will be 16.8 tons, to Pluto – 3.5 tons.

The most loaded rocket in the history of mankind is Saturn V, which was operated from 1967 to 1973. She could take 141 tons of cargo to a low Earth orbit.

NASA is also currently developing a super-heavy carrier rocket called the Space Launch System (SLS). It will be able to drive 70 tons into a low reference orbit.