SpaceX starts rolling out Starlink internet; some early users are in Washington state 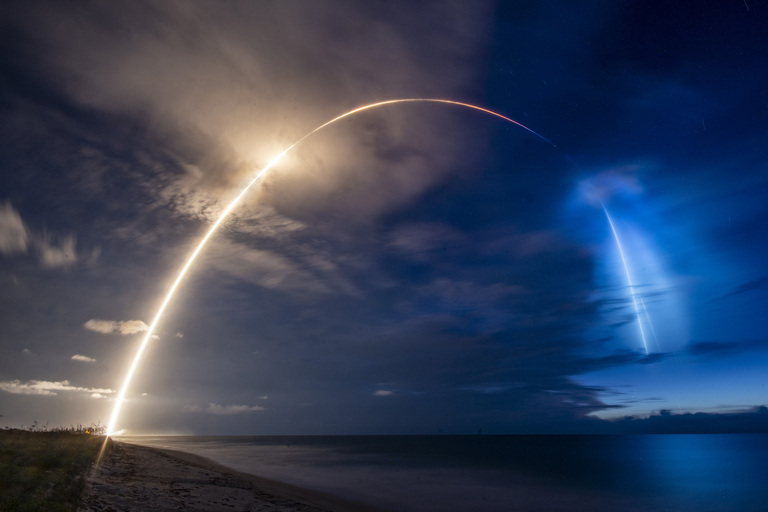 SpaceX, having established a formidable reputation in rocket launches, is starting to roll out what it hopes will be an even more muscular arm of its business: broadband internet service.

The Elon Musk-led company has released pricing for a public beta test of its Starlink broadband internet service, which is beamed to users via small satellites built in Redmond. A Texas school district and other local-government entities are already using it; now the service is being offered to a select group of individual consumers. Eventually, customers might include entire countries.

Under the test, called the Better than Nothing Beta program, initial service for the U.S. and Canada is aimed to start this year, with “near global coverage of the populated world” set to occur in 2021, according to the official description of an app developed by SpaceX that’s intended to help users set up and monitor their Starlink service.

SpaceX did not respond to a request for comment.

The monthly subscription cost for the beta program is $99. Users will also need to make a single payment of $499 for hardware, including a user terminal, mounting tripod and Wi-Fi router. The pricing, first reported by CNBC, was detailed in emails to potential beta program users. In its early stages, service might be slow.

So far, SpaceX has launched more than 800 of the small satellites that will power its broadband network. A SpaceX executive said last year that the Hawthorne, California, company could provide coverage across the U.S. with only 720 satellites, and that 1,800 satellites would be needed to provide service to most of the world.

The so-called constellation could eventually number as many as 30,000 satellites in low-Earth orbit. (Astronomers have expressed concern that light bouncing off the satellites could affect telescope images. SpaceX has said it would put experimental coatings on the satellites to reduce their brightness.)

SpaceX sees its Starlink broadband service as a major potential revenue stream. Last year, Musk told reporters that revenue from providing internet service could total $30 billion a year, while launch revenue will probably top out at about $3 billion a year.

“We see this as a way for SpaceX to generate revenue that can be used to develop more advanced rockets and spaceships,” Musk said at the time. “We think this is a key steppingstone on the way to establishing a self-sustaining city on Mars and a base on the moon.”

And at its beta-testing price, analysts said, the service could be viewed favorably in the United States, particularly in areas where internet access is difficult or impossible to come by.

Some of Starlink’s early users include the Ector County Independent School District in Texas, the Hoh tribe in western Washington and Washington’s Emergency Management Division, which tweeted last month that Starlink service helped emergency responders as they started to rebuild the town of Malden after a wildfire.

These partnerships show that Starlink’s customer base won’t consist only of consumers looking for home internet service, said Chad Anderson, managing partner at early-stage venture capital fund Space Capital, which is a SpaceX investor through its Space Angels fund.

“There’s a huge market for these types of remote operations,” he said.

In his own case, Anderson said, the $99 monthly cost is cheaper than his home internet service in New York City, which is about $160 a month for what he described as pretty decent fiber connectivity.

SpaceX’s Starlink beta pricing is in the ballpark of other internet service providers. The difference is the slower speed, said Jeff Kagan, a wireless and telecom analyst in Atlanta.

But for customers who don’t have other options, Starlink service would be “better than nothing,” he said.

The importance of providing good internet service to rural areas got Chris McCoy interested in signing up as a Starlink beta tester. McCoy — who lives in San Francisco and is chief executive of cryptocurrency and blockchain company Store — plans to test the service around his hometown of Kelso, Cowlitz County, where internet access is limited. McCoy said Starlink interests him because he sees widespread internet access as a way to boost an area’s economy and equip children with the technological know-how they need for the workforce.

“Quality internet connection, to me, is one of the great have/have-not issues of our time,” McCoy said. “I am a big believer in the future of the rural communities having internet that’s low cost and accessible all throughout the country.”

It’s possible that the price could go down, especially if more competition arrives. After all, Amazon.com has also announced plans to create its own satellite broadband constellation.

“Pricing is always flexible, and it’s hard for companies to know how to price at in the beginning,” Kagan said. “The market is always the best stimulus.”