SpaceX will put into orbit a secret UAV pilotless vehicle 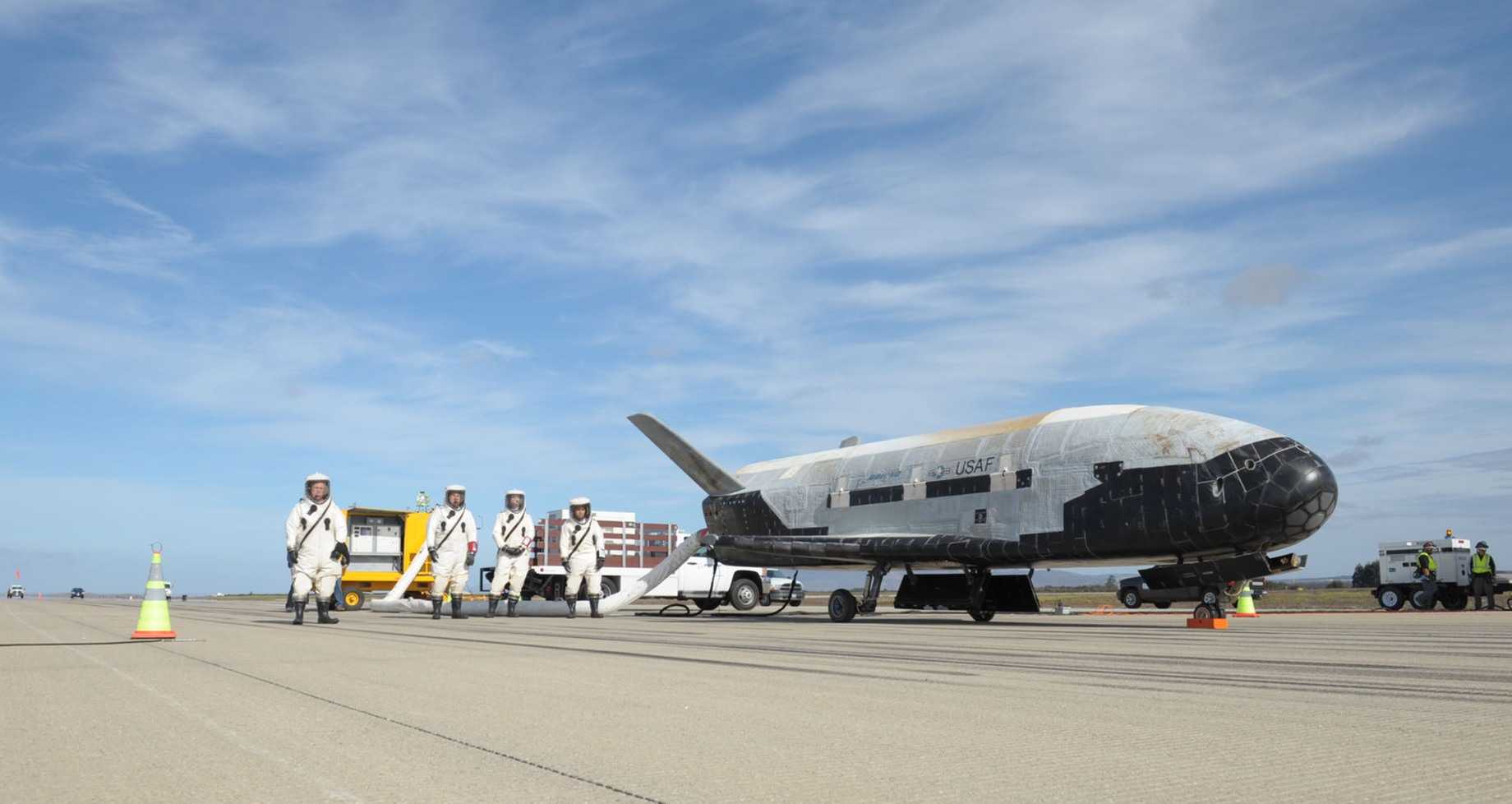 The tender for the next, fifth launch of the X-37B SpaceX won the United Launch Alliance (ULA). Until now, the latter carried out all missions with the participation of the apparatus. As US Air Force minister Heather Wilson reported, the new flight is scheduled for August 2017, the exact date is not defined. The length of the aircraft’s stay in orbit is also unknown. The carrier will be Falcon 9 Upgrade. This version of the missile is designed to implement projects in the interests of national security and was certified in 2016. Its technical characteristics are not disclosed.

In May this year, SpaceX took part in the launch for the first time under a contract with the US National Aerospace Intelligence Agency (NRO). As part of the mission, Falcon 9 Full Thrust (FT) put into orbit with a large angle of inclination (probably, “Lightning”) the US-276 spacecraft, details of which are not specified. Presumably, this is a reconnaissance satellite. Previously, NROL missions were conducted using Atlas V ULA and Delta 4 carrier rockets from Boeing. Start Falcon 9 was for the company 33th from 2010 and the fifth this year. Now SpaceX continues to test the carrier Falcon Heavy.

X-37B Orbital Test Vehicle (OTV) is an unmanned orbital aircraft developed by Boeing as part of a contract with the US Air Force (Air Force). Although the technical specifications and tasks of the device are not officially disclosed, it is known that it is intended for testing future technologies at altitudes of 200-750 kilometers. It is assumed that the X-37B is able to maneuver, change orbits and in the future can be used for cargo delivery and reconnaissance. Structurally, the spaceplane is a version of its prototype X-40 increased by 20 percentage points.

With a length of 8.9 meters, a height of 2.9 meters and a wingspan of 4.5 meters, the orbital plane has a starting mass of 4898 kilograms. It is equipped with lithium-ion batteries and solar panels and can carry a useful load of up to 900 kilograms. The rocket engine Rocketdyne AR-2/3, which operates on kerosene and hydrogen peroxide, is installed in the tail section of the aircraft. According to historian and publicist Alexander Shirokorad, the X-37B can serve as a test version of a prospective interceptor, with the help of which the US intends to inspect other’s spacecraft.

The first launch of the spaceplane (OTV-1) took place in 2010. The two subsequent missions continued from March 2011 to June 2012 and from December 2012 to October 2014. During each X-37B set a new record for the duration of stay in orbit among devices of this type: 224, 469, 675 and 718 days respectively. The fourth launch, OTV-4, took place in May 2015 and ended on May 7, 2017, around 1:00 Moscow time. Unlike previous flights, this time the spaceplane landed on the landing strip of the Kennedy Space Center in Florida – earlier the aircraft was landed at the US Air Force “Vandenberg”.

On the participation of SpaceX in the launch of the X-37B, Breaking Defense writes.