Sperm whales in the Caribbean to communicate in different dialects 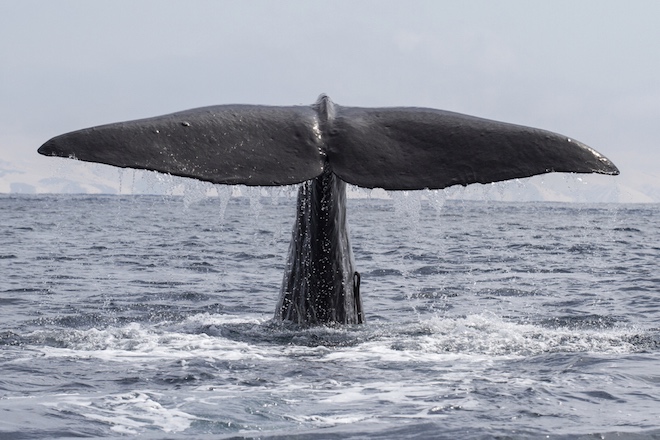 The researchers found that the sperm whales, the owners of the largest brain among all earthly creatures, can form clans with their own unique dialects.
Shane Gero and his team found that every social group these marine mammals in the Eastern Caribbean sea has its own system of vocalizations that can be considered as a separate dialect. In addition, each of the observed sperm whales communicate exclusively with those relatives who had the same accent. The discovery confirms the hypothesis that sperm whales around the world, as well as people, differ in different cultures.
“They are doing the same things we do: feed their young, care for their families. Sperm whales are able to really make a deep dive. While all of these actions differ depending on the specific culture, as indicated by their dialects,” explained Gero, environmentalist and founder of the Dominica Sperm Whale Project.
In the new study Gero and his colleagues analyzed 11 social groups of sperm whales by recording their voices and observing their actions. Previously it was known that these clans are in the Pacific ocean, and now scientists have confirmed their presence in the waters of the Atlantic.