Spider venom can stop the death of brain cells 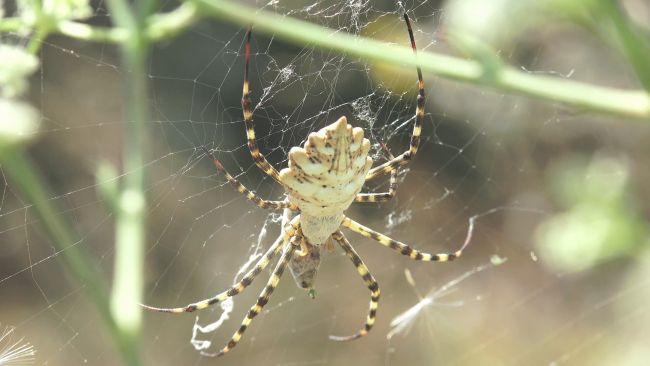 At the heart of some neurodegenerative diseases of the central nervous system are disorders of the activity of brain receptors and if these changes can be corrected – it will be possible to overcome the associated diseases. It is to this, according to the publication of the publication Neuron, was sent to the study of an international group of scientists. And, as it turned out, the poison of the spider-spider will help in this.

The study was aimed at studying glutamate receptors. The fact is that they are, logically, activated in the body due to the action of glutamate by attaching to special proteins and opening in them an ion channel that passes the positively charged ions. As a consequence, the occurrence of an electric potential occurs, which extends to all the processes of the neurons. In some diseases of the nervous system, excessive activation of glutamate receptors occurs. Especially dangerous in this case are the receptors that conduct calcium, because a large amount of it leads to cell death (as a result of the initiation of the apoptosis process). That is why it is quite an important task to develop a substance that blocks glutamate calcium channel receptors.

In the course of their work, scientists, having studied the structure of the receptor, decided to act on it with three different compounds, the first of which was the poison of the already mentioned spider-spider (Argiope lobata), and the other two – its synthetic analogues. Each consists of two parts, the so-called “head” and “tail”. As one of the participants in the experiment, Alexander Sobolevsky, a graduate of MIPT, now a member of Columbia University,

“These blockers penetrate the receptor when it is opened by the action of glutamate, while they place their positively charged tail in a narrow, negatively charged part of the ion channel. Pass the channel blockers do not allow the head, stuck in the inner cavity of the receptor. ”

It turned out that both spider toxin and synthetic drugs selectively block those receptors that pass calcium well. In this case, they do not affect the receptors, in the discovery of which calcium does not participate. Thus, drugs based on spider venom can only affect affected receptors and not affect the operation of healthy areas of the neurons of the brain. The information obtained can be used to treat conditions such as amyotrophic lateral sclerosis, epilepsy and cell death in Alzheimer’s and Parkinson’s diseases.