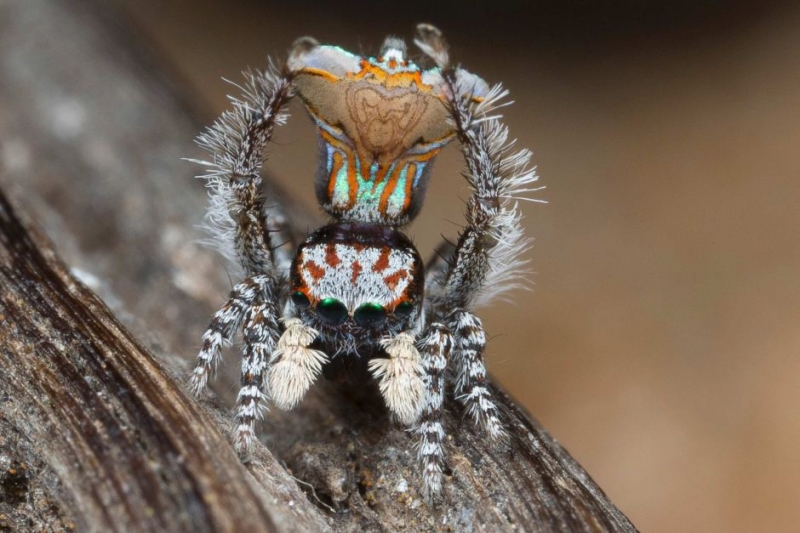 In order to distinguish spiders from each other, scientists need to pay attention to the abdomens of males, like a fan, as well as at the coloring of the head portion of the insect and the color of his feet. But the main factor all the same — their mating dance.

The number of known species of spiders, peacocks, thus, increased to 48. Now the researchers plan to visit in the district of QLD — according to them, this is where we can discover new species of these spiders.