Spiders have found a phenomenal ear 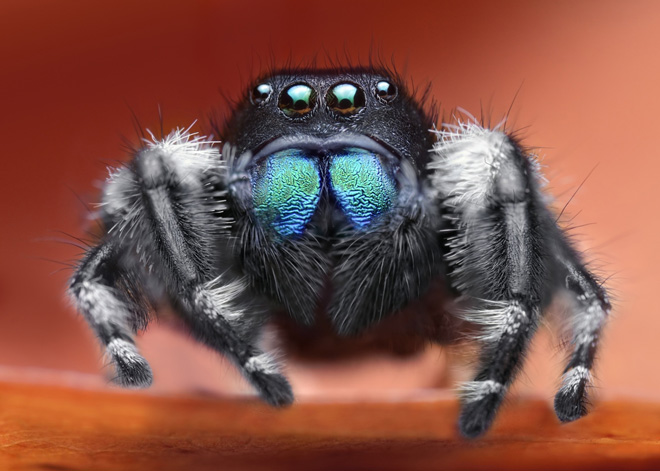 Spiders, by nature devoid of eardrums, were the owners of phenomenal for their size hearing — they can hear sounds within a radius of five meters, including low-frequency buzzing of predatory insects.

Scientists from the US conducted experiments on spiders-horses of the species Phidippus audax, with the aim of monitoring is the recording of the signals from the neurons responsible for the eye and the perception of visual information. It was thought that these animals are oriented in space in the first place because of its enormous eyes and sense of touch.

When Gil Mende, neuroscientist at Cornell University, began to record signals from deeper parts of the brain, he moved and accidentally touched the chair, breaking the silence of the laboratory. At the same time from the speakers connected to the neurons came the clapping, pointing to the inclusion of nerve cells. Noticing this, he moved the chair again, and again, the neurons responded to a squeak.

Entomologists have long known that the ears of the spiders replaces many of the sensitive hairs on her legs, similar to the eardrum begin to vibrate in response to them reaches the sonic vibrations of the air. But until now, scientists believed that the spiders can thus hear sounds only from a distance of a few centimeters. However, the chair was at the other end of the room. So, by happy accident, found out that the neurons of arthropods respond to sounds within a radius of five meters, and this distance is greater than the length of their calf 350 times!

To ensure that spiders really only hear the hairs, scientists are specially touched them, for that he received a response the electrical activity of the same neurons. Experiments in a room with padding on the walls to prevent echo, showed that the secondary sound wave does not affect the result.

In addition, when jumping spiders could hear sounds in the range from 80 to 400 Hz, that is, a hum or low rumble, then instantly froze on the spot. Such vibration from the wings is characteristic of parasitic wasps ichneumons and flies, posing a threat to spiders. Rather, it is the main cause of they have such acute hearing. Subsequent experiments on other species of spiders showed that this feature is characteristic not only sekuntum.

Interestingly, the creators of films about spider-Man gave the character additional spider sense, like a sixth sense that is very similar to super hearing discovered, which allow them to hear danger from far away.