Spiders with names of characters of fantasy literature 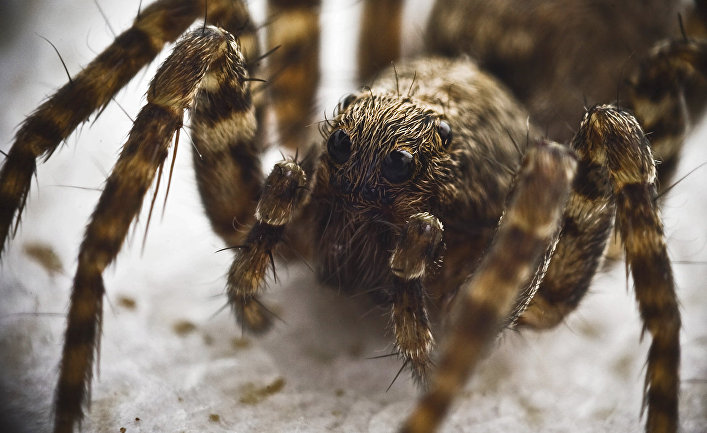 “Game of Thrones”, “Harry Potter” and “Lord of the Rings” … Scientists draw inspiration from these famous works when they search for names for new found species.

They were found in the grottoes of the State of Para in the north of Brazil near the mouth of the Amazon. These are neotropical spiders from the genus Ochyrocera, who have two protuberances in the form of hooks or worms, which contain poison. After the discovery of the first species in 1891 and 1892, another 40 were described. Recently, scientists of the Butantan Institute Antonio Brescovit, Igor Cizaukas and Leandro Mota discovered seven new species.

It took them five years and 2,000 adults to accurately describe the species. Their peculiarity is that they live in darkness, but do not have the features of animals living far away from the sun, such as lack of skin pigmentation and or degradation and loss of their six eyes. They can live and reproduce in darkness, but are able to approach the illuminated zones and even come out in the event of danger.

Three pioneers, who in this regard have the right to give species (two-part) names in Latin, decided to pay attention to spider characters from fantasy literature. Starting with Martin’s “Game of Thrones”, in which Lord Varis is called a spider for how he runs a large spy web (Ochyrocera varys).

Next comes the spider-god with a human face, which Lovecraft invented in “The Call of Cthulhu”: Atlach-Naha (O. atlachnacha). Tolkien also gave two names at once. The first, O. laracna, is associated with the spider Shelob (or otherwise Laracna), which Frodo and Sam meet in the caves on the way to Mordor in the second volume of the saga “The Lord of the Rings: Two Fortresses”. The second, O. ungoliant, is dedicated to Ungoliant, mother Shelob in the “Silmarillion”, whose action unfolds to “The Lord of the Rings”.

Did not stay aside and Rowling with “Harry Potter”: we are talking about the monstrous spider Aragoge, who lives in caves in the depths of the forbidden forest in the book “Harry Potter and the Chamber of Secrets” (O. aragogue). The scientists also remembered about the famous children’s books about “Miss Spider” Kirk (O. misspider). Closes the list of no less attractive spider Charlotte American writer White (author of “Stuart Little”), the best friend of the pig Wilbur (O. charlotte).