Spraying aerosols will cool the planet, but will ruin crops 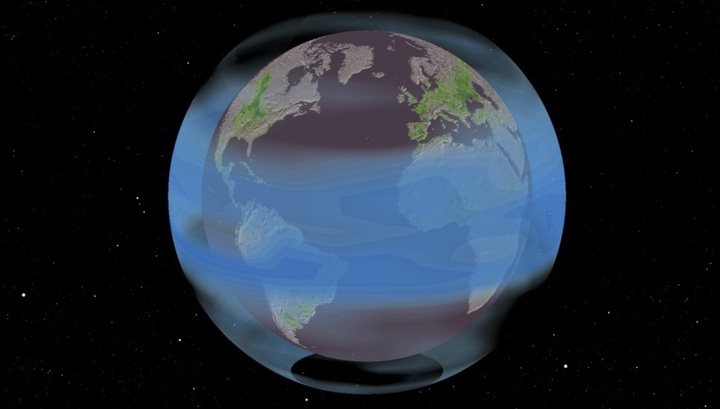 The Earth remains less and less time: global warming intensifies, and measures to stop it or even slow down do not work.

But scientists do not give up. The young branch of science – geoengineering – is looking for ways to change the prevailing climatic conditions.

For example, earlier experts suggested for the cooling of the planet to spray in the atmosphere diamond dust. However, any other particles that will be able to reflect and scatter solar energy in the upper layers of the “blanket of the Earth” will do. For example, aluminum oxide can be used for these purposes.

Such a plan seems quite promising, but researchers from the University of California at Berkeley found it one flaw: their work showed that because of the so-called blackout effect, agriculture will suffer.

Recall that the idea of ​​cooling the Earth in this way appeared after studying volcanic activity. Geologists and environmentalists noted that after a large eruption of volcanoes there is a slight temperature decline. This is due to the release of a huge amount of sulfur dioxide into the atmosphere: it reacts with water vapor, forming small droplets (aerosol). They disperse the sunlight.

For example, the Filipino volcano Pinatubo during the eruption in 1991 threw into the atmosphere 20 million tons of sulfur dioxide. At the same time, the amount of sunlight entering the atmosphere decreased by 2.5%, and the average global temperature decreased by about half a degree Celsius.

Researchers suggested that the “aerosol canopy” can increase the yield of crops, because sunlight, even scattered, all early to reach the foliage, but the temperature indicators while it will crawl down. However, the verification of this theory showed the opposite.

Geoengineers analyzed the world agricultural indicators from 1979 to 2009, paying special attention to the periods of climatic changes that led to two major eruptions. The first is the very eruption of Pinatubo in 1991, the second is the eruption of the Mexican volcano El Chichon in 1982.

In addition, the team has created a special model to calculate how much cooling aerosol will need to be sprayed over the Earth, taking into account the increase in carbon dioxide emissions after 2020.

According to experts, from 2050 to 2069 with the help of geoengineering methods it will be possible to reduce the average temperature on the planet by about 0.88 degrees Celsius. And this would increase the corn yield by 6.3%.

But when data on sunlight was added to the model, it was found out that because of its dispersion, the effect would be directly opposite: the yield would decrease by 5.3%. And if you take into account the changes in the amount of precipitation and cloudiness, then to this figure you can add another 0.2%.

Approximately the same results were with other cultures – rice, wheat, soy.

“It’s sort of like an experimental operation: the side effects of the treatment do the same damage as the disease itself,” explains lead author Jonathan Proctor.

Perhaps the reason for this effect is that agricultural crops, unlike trees, grow “sparse” for most of their life cycle: in the fields each plant almost does not come into contact with a neighbor, a shadow does not fall on it, which can not be said about forests where The neighborhood of trees is more dense, and the lower part of their foliage does not receive sunlight at all. Trees are used to such conditions, but other plants – no.

According to experts, this work once again recalls the relationship in which all the components of our world are located. By influencing the temperature, you can not change the rest of the “settings”, and this should be taken into account in future work.

A scientific article on the results of the latest study was published in the journal Nature.