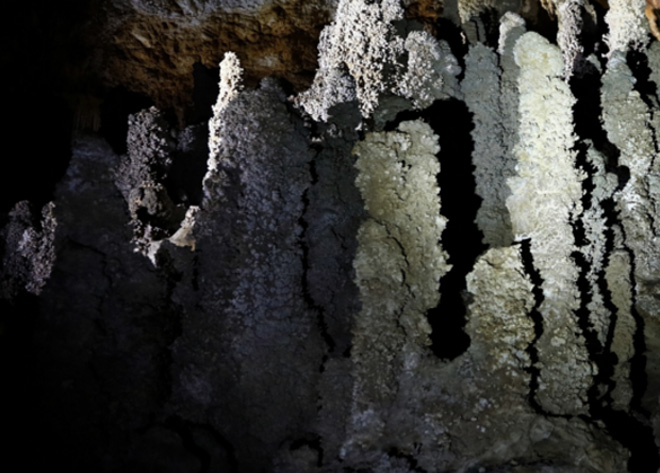 The magnetic poles of the planet changed places more than once, between inversions can occur from several tens of millennia to several million years. It is believed that during the existence of a person on Earth, the poles did not change, according to geologists, the last occurred 773 thousand years ago. However, between them there can be “geomagnetic excursions”, when the magnetic field is unstable and for a certain period its angle changes by 60-180 degrees, after which it again turns to its starting position. Scientists can not yet fully explain the reasons for the complete change of poles and temporary instability, but continue to research in this direction.

Geologists from China, Taiwan and Australia, led by Chuan-Chou Shen from the National Taiwan University, studied stalagmites from the Sanxing Cave in southern China. After carrying out the isotopic analysis, they found out that their age is about 91-107 thousand years. Paleomagnetic studies have demonstrated magnetodynamic anomalies with varying degrees of frequency and duration that occurred on the planet at this time.

Thanks to the analysis, scientists were able to find out that the amplitude of the magnetic field reversal in this interval could exceed 100 degrees, and the rotations were asymmetric. The magnetic field unfolded by 100 degrees in just 144 years, which is much less than the time that was supposed in the scientific environment earlier. It is also interesting that 103-106 thousand years ago anomalies occurred during several centuries, and 92-98 thousand years of excursions lasted for millennia, N + 1 reports. This is the first study that has established clear time periods for this process.

Thus, thanks to the research it was possible to find out that a change of polarity can occur much faster than previously thought. It is also noted that during the periods of anomalies the Earth’s magnetic field becomes weaker, which means a deeper penetration into the atmosphere of cosmic radiation.