Starlite: a mysterious material whose recipe was taken to the grave 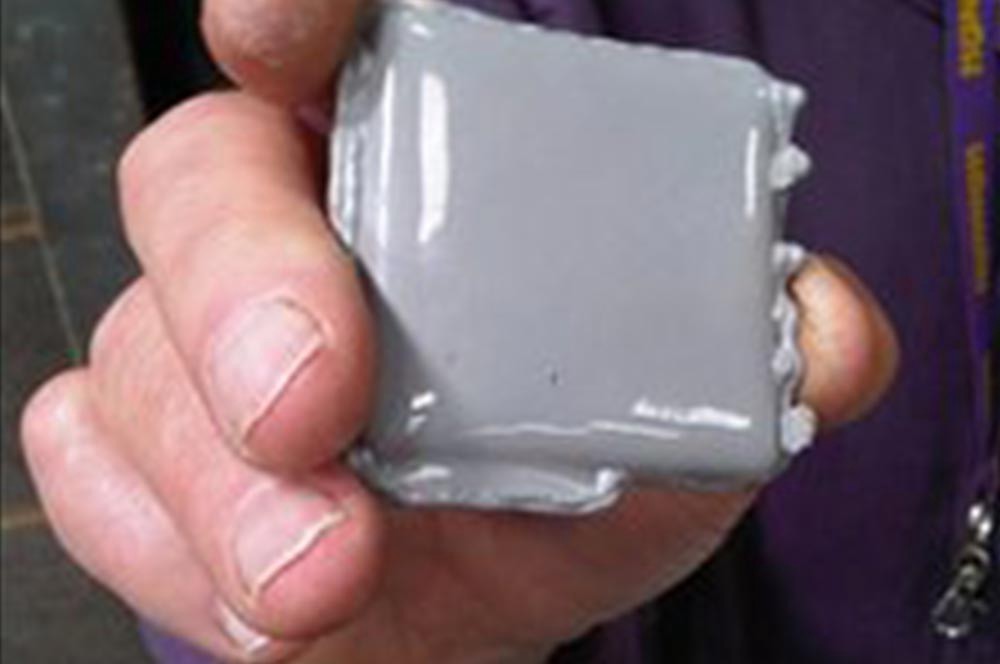 Enthusiasts continue to struggle with the riddle of the unique material, the creator of which died without revealing the secret recipe.

At the dawn of the 1990s, reports began to appear in the world media about the creation of a new plastic material that could withstand heating to incredible temperatures – up to those that develop during a fire or on the shell of a spacecraft when passing through the atmosphere. Such statements were very embarrassing for scientists also because the author of the find was a man without a diploma or any formal education at all – the British hairdresser Maurice Ward.

Starlite – this name was invented by the granddaughter of Maurice Ward – was repeatedly tested by NASA as a possible heat insulator, the military and large corporations looked closely at it. The author did not refuse to provide samples for research, but he kept the recipe in complete secret, not sharing it with anyone – until 2011, when Maurice died, taking this secret with him. Perhaps, thanks to this twist, the plot did not disappear into oblivion along with the Petrik filters and other “miracle inventions”, and the history of the mysterious Starlite continues to this day.

According to Ward himself (by the way, his personal blog and YouTube channel survived on the Internet), he was prompted to search for fire-resistant material by a television report, from which he learned that many victims of fires die from poisoning by the caustic smoke of burning plastic. Previously, the hairdresser dabbled in the search for his own shampoo recipes, but around 1986 he completely devoted himself to a new venture. Three years later, the composition was found – and, of course, it turned out to be incredibly simple and included the most common store ingredients.

It was not easy for the “genius upstart” to break through, and over the next few years he pounded the thresholds of laboratories and companies without any benefit. Fate smiled only in 1993, when the message about Starlite was published in the authoritative International Defense Review. It referred to “amazing results” from some of the independent experts who tested Starlite. According to some reports, the material did not burn at temperatures up to 10,000 ° C and was not supplied even by a high-power laser.

Moreover, in the same 1993, the incredible thermal insulation properties of Starlite were demonstrated to the public. On the BBC’s Tomorrow’s World show, a chicken egg coated with a thin layer of this material was sprayed with the heat of a gas burner for several minutes, after which it was shown that it remained raw inside. It would seem that the deed is done: it remains to find out which of the industrial giants will be interested in the invention and from whom Ward can get legitimate millions, if not billions of dollars for the miracle recipe. The prospects for its use in engineering and construction were discussed. In 1994, the material was tested at Boeing as an alternative to space shuttle thermal insulation ceramics.

It is worth saying that Maurice Ward has always shown a certain paranoia regarding the security of his invention. As far as is known, he refused any projects in which he could not maintain a controlling 51 percent. The inventor personally monitored all samples that were submitted for testing, making sure that no one had the opportunity to reconstruct the Starlite composition. Ward also did not file a patent so as not to reveal the secret formula and repeatedly announced attempts to steal. The story that took place in the late 1990s is characteristic. It is known that at this time the inventor found partners from Canada and organized a startup Starlite Safety Solutions, which presented the results of material tests to investors. However, according to those same partners, Maurice Ward turned out to be completely incapable of negotiating – “the more he was offered, the more he requested,” which led to the breakdown of all negotiations, after which the partners withdrew from the project.

On the one hand, Ward is understandable. If the author’s claims are accurate, the find could be worth billions, which no corporation likes to share. On the other hand, Starlite could well change the modern world and save many lives, and perhaps doing so was not entirely ethical. Again, if all statements about the properties of this material are true. And this is its main mystery.

Indeed, despite all the doubts of many observers, there is enough authoritative evidence in favor of Starlite every now and then. For example, Joe Kissell, who wrote about him in 2009, received a letter from Pamela Pohling-Brown, who published the same article in the International Defense Review. She in every possible way confirmed the reliability of the results presented then and even named the expert who conducted the testing. “I’m afraid the topic is somehow classified,” summed up Pauline-Brown. By the way, Ward’s former partners from Canada hinted at the same. It turns out that there is still something to hide?

Maurice Ward has repeatedly stated that, fearing theft, he never even wrote down the recipe on paper, and keeps it in his head – fortunately, it is quite simple. According to him, the secret has been entrusted to only a few closest family members – however, they have not shown much activity since the death of the inventor in 2011. In 2013, two of Ward’s daughters announced the sale of a “certain version” of Starlite to the American company Thermashield, but the third said that she had kept the “best” formula. And since then nothing has been heard about Thermashield, and the company’s website has not been revoked.

But there are plenty of hypotheses and speculations about the composition of Starlite. They find the main clues all in the same publication by Pamela Pauline-Brown, where the following was said. “It consists of a set of organic polymers and copolymers with organic and inorganic additives, including borates, small amounts of ceramics and other barrier ingredients for a total of 21. Perhaps uniquely, this thermally and explosion-proof material contains up to 90 percent organic matter.” …

Armed with this data, yet another “genius self-taught” reproduced the recipe. Canadian Troy Hurtubise, known for developing the bear-repelling suit – and for testing inventions on himself – said he found the same or a similar recipe and demonstrated it under the name Firepaste. However, in 2014 he died in a car accident – as if the material really surrounds the halo of special operations.