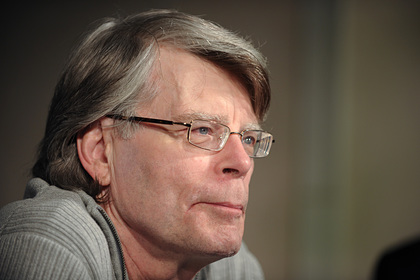 American writer Stephen King said that people feel in one of his horror novels. He spoke about this in an interview with NPR.

According to him, fans feel like the world has turned into one of his books about the pandemic. “And my only answer to this is:“ I am very sorry, ”” the writer noted. He added that he was trying not to compare coronavirus with the “super influenza” described in his 1978 post-apocalyptic novel Confrontation. King expressed confidence that the pandemic “should have happened.”

At the same time, the writer shared that he spends time on self-isolation with benefit, devoting a lot of time to a new book. In his opinion, writing is a good way to get rid of fear.

Earlier, Russians chose quarantined books. In the next few weeks they plan to read the works of Stephen King, Boris Akunin’s novels, Ayn Rand dystopia “Atlas Shrugged”, “War and Peace” and “Anna Karenina” by Leo Tolstoy, “The Master and Margarita” by Mikhail Bulgakov.

According to Johns Hopkins University on April 13, in the world more than 1.84 million infected with coronavirus, of which 113 thousand died, about 421 thousand were cured. The largest number of infected people are in the USA (550 thousand), Spain (166 thousand), Italy (156 thousand), France (133 thousand) and Germany (127 thousand).