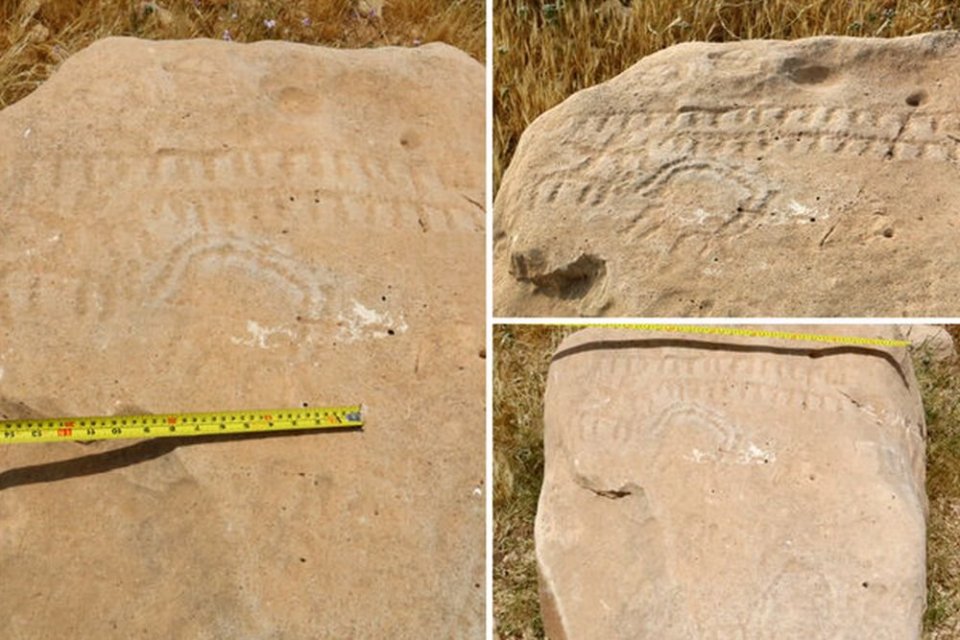 In Iran, an archaeological team, while conducting survey work near the city of Davan in the province of Fars, discovered a stone with a mysterious petroglyph dating back to the Bronze Age.

According to Tehran Times, the artifact was discovered in the Kazerun region. It is a processed stone, on the surface of which various motifs, drawings and geometric figures are engraved.

“Preliminary studies show that the stone carvings at the site date back to the Bronze Age – they were created between 3,500 and 5,000 years ago,” says cultural heritage expert Mohsen Abbaspour. “The discovery adds another important piece of evidence to earlier paleontological studies here.” .

According to him, the Kazerun region is increasingly attracting the attention of archaeologists, as it provides more and more interesting finds. Moreover, experts are raising the issue of creating a special research base in this area. There is an assumption, for example, that the discovered petroglyph could be an integral part of some object, and not a single artifact.

“The length of this stone is one and a half meters, the width in its largest part is one meter and twenty centimeters, the height in its highest section is seventy centimeters,” says Abbaspour. “Most of the images are engraved on one side, which was the front. Judging by the traces on the sides of this stone, at least half of it was hidden in the soil for a long time.”

Because of this, the artifact was exposed to erosion. Unfortunately, some patterns have become barely visible. However, in a future study, experts may use modern methods to recreate almost erased patterns.

The drawings in the upper part of the stones are better preserved. In particular, two animals are depicted there, the heads of which are oriented to the right. One of them has large horns leaning towards the back in the shape of a crescent. Scientists suggest that a mountain goat is depicted on the stone.

Another animal may be a wild horse. In this regard, scientists have suggested that the motif of the petroglyph itself is associated with the story of the domestication of horses. The petroglyph also contains an unknown symbol, which is two continuous lines, from each of which, at relatively equal intervals, small and equal in length lines go down.

“Above these lines, two circles are visible, drawn at a short distance from each other. Inside each of them, two diagonal lines are drawn so that a plus sign shape is created in each circle,” adds Abbaspour.