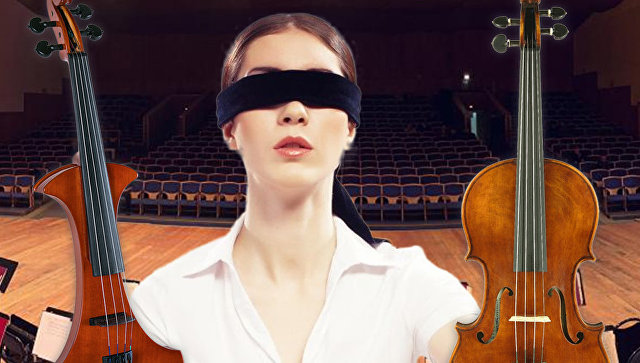 “Many people today think that the old Italian violins and cellos have a unique sound that modern instruments simply can not reach, many scientists have long tried to uncover the” mystery “of Stradivari’s sound, but only now this issue has been seriously researched,” says Claudia Fritz ( Claudia Fritz) from the University of Pierre and Marie Curie in Paris (USA).

Every music lover knows about the existence of the famous “Stradivarius” – violins made by the Italian master Antonio Stradivari in the late 17th or early 18th century. These violins, according to many critics and philistines, have a unique, unsurpassed sound due to their unique structure and talent of their creator. To date, preserved about 650 violins of the great Antonio, each of which costs millions of dollars.

According to Fritz, her team studied one of the most famous “miraculous” properties of the Stradivari violins – their “concerts”. According to fans of such violins, Stradivari’s creations are adapted to play in concert halls and other large rooms – they sound relatively quiet for the violinist himself, but loudly for the audience in the hall. The sound of a violin, as the critics say, as if “reveals” to the audience, becoming more complex at a great distance from the instrument.

The scientists checked whether this was so after spending two independent experiments in two concert halls in Paris and New York, assembling a team of several of the world’s most famous violinists and several dozen music lovers who agreed to compare the play of these masters on ordinary violins and the Stradivarius.

According to Fritz, both the violinists and listeners worked “blindly” – neither of them knew what instruments the Tchaikovsky Concerto for Violin and Orchestra would play, Brahms’s works, Sibelius’ Violin Concerto and other symphonic works.

For the purity of the experiment, such “listening” sessions were conducted in two formats – in a small concert hall in Paris with accompaniment, and in a large hall in New York without accompaniment. Listeners and the violinists themselves had to assess the loudness of the sound, its purity, richness and other subjective characteristics of the sound of each violin.

In both cases, absolutely identical results were obtained – “Stradivarius” completely lost to their modern competitors, who seemed to both musicians and listeners to hear more loud and interesting sounds. Only 44% of listeners and musicians managed to guess which of the violins was “Stradivarius.” This means that they really could not distinguish the sound of the legendary instrument from the “ordinary” modern violin and acted at random.

What is most interesting, in neither case is Fritz and her colleagues failed to fix the “concert” effect of Stradivari’s violins – all instruments seemed to listeners louder at a short distance, and quieter at a great distance. Accordingly, all statements about the “magic” sound of Stradivarius are a product of the auto-suggestion and high reputation of the Italian master, scientists conclude.