Strange properties of water in nanotubes 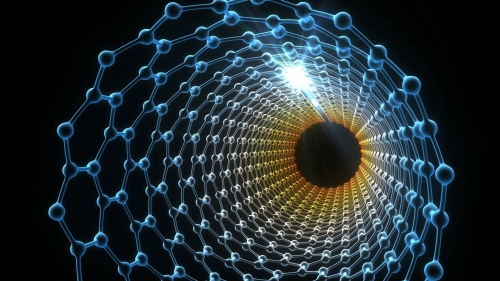 Water boils at 100 °C. The lowered pressure or the conclusion of water in the capacity of microscopic volume lowers temperature of boiling and freezing. But if to place her in a nanotube cavity, there is something improbable. Water freezes at a temperature above 100 °C.

In article published by the Nature Nanotechnology magazine, professor of Massachusetts Institute of Technology Michael Strano (Michael Strano) and its colleagues describe unusual phase transitions which happen to the water placed in a cavity of a carbon nanotube by diameter of everything in several her molecules. And though exact temperature in such circumstances didn’t manage to be established yet, by means of oscillatory spectroscopy authors could watch a condition of water (liquid, firm or gaseous) in nanotubes. It was found out that here she remains in a firm phase at a temperature up to 105 °C, and it is possible, and to 151 °C.

Scientists assume that exact value strongly depends on diameter of a nanotube. And the usual difference (for example, 1,05 or 1,06 nanometers) can sharply (by tens of degrees) to change temperature of phase transitions of water in a nanotube. Mechanisms of these changes remain unknown. According to Strano and his colleagues, even how water appears inside isn’t clear: in general, carbon nanotubes show hydrophobic properties.

Also the concrete form of ice or a ldopodobny firm phase in which there is water in such circumstances is unknown. However scientists already reflect that in the future all this will allow to receive wires from the carbon nanotubes filled firm (at the room temperature) water. Why they can be necessary, too is still unclear.