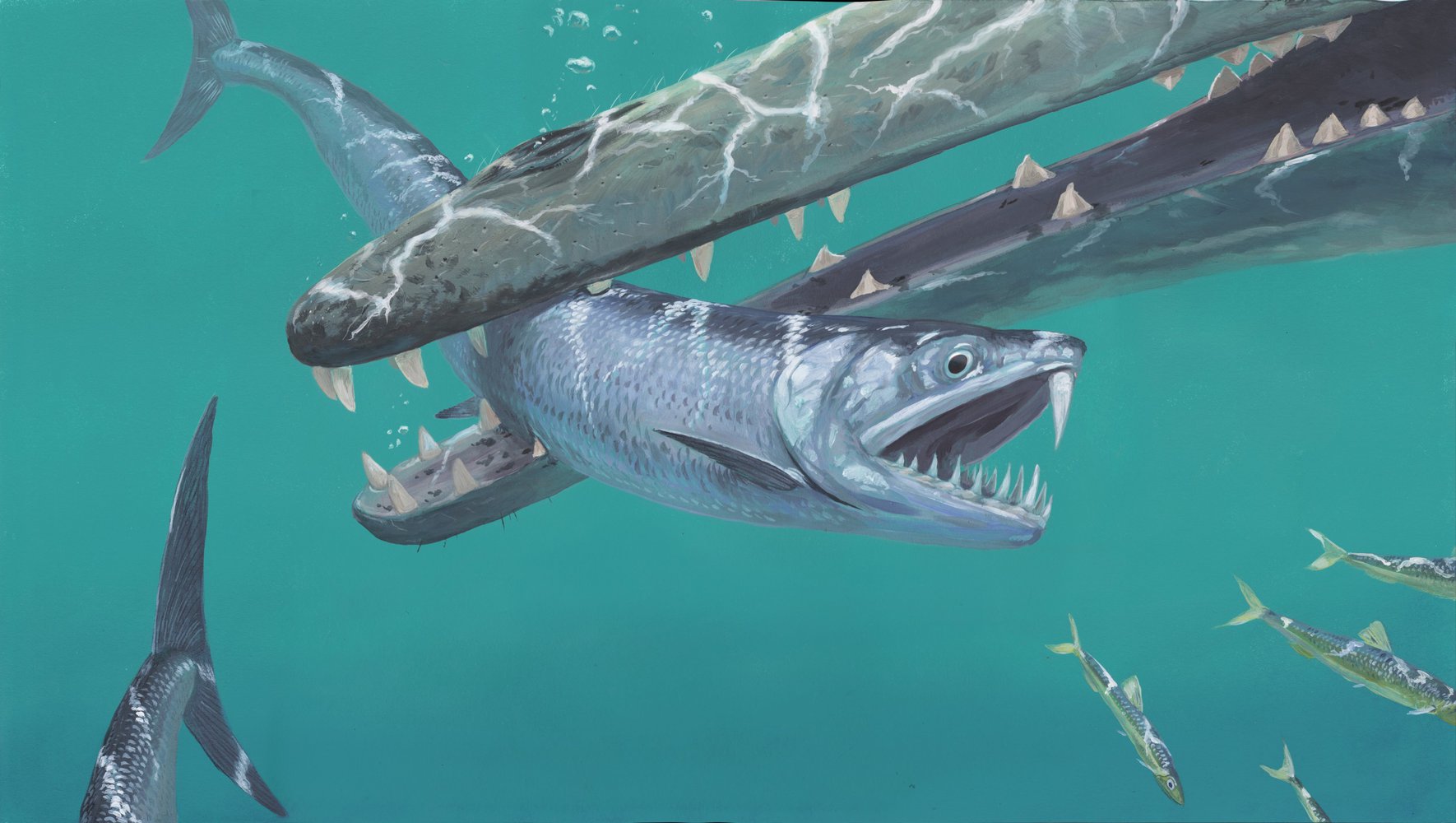 Scientists have discovered the remains of two ancient fish with a very strange structure of teeth. They had fangs on the lower jaw, and a huge saber-shaped tooth on the upper. These creatures are so unusual that no other extinct and living fish is like them.

However, these two fish have a completely different history of origin. The fossils of one of them were found in Belgium in 1946 and then described by paleontologist Edgar Casier, who named the animal Clupeopsis straeleni. This fish, about 28 centimeters long, lived in the Early Eocene era, about 50 million years ago.

The second fish was found in Pakistan in 1977, but all this time was in the museum’s collection. And only recently, scientists led by Alessio Kapobyanko, a graduate student in the Department of Earth and Environmental Sciences at the University of Michigan, described this animal.

The species, called Monosmilus chureloides, reached a meter in length and lived about 45 million years ago in shallow seas on the territory of modern Pakistan. At the same time and in the same place another remarkable species lived – Dalanistes ahmedi, which was a four-legged whale.

Monosmilus chureloides had 16 fang-shaped bent teeth up to two centimeters in the lower jaw, which gradually increased towards the front. On the upper jaw, the fish had a giant curved fang, which Kapobyanko jokingly calls a saber tooth. When the animal’s mouth was closed, this tooth protruded to the bottom of the “chin”. The authors of a study published in the Royal Society of Open Science suggest that M. Chureloides used his unusual teeth to hunt smaller fish.

“However, it is difficult to determine their purpose precisely, since not a single fish has such a set of teeth. Perhaps the long tooth served as a kind of trap or cage for the victim, similar to how it happens in some deep-sea fish. Or this tooth could be used for a mortal blow to the victim, ”- Alessio Kapobyanko.

However, according to the scientist, this is only speculation and speculation. After the researchers performed a CT scan of the fossil, co-author Matt Friedman recalled a similar weird saber tooth in the fossil C. straeleni, prompting scientists to compare two samples.

The analysis showed that these two fish are closely related and, in turn, are connected with modern anchovies.

“This was another big surprise for us, since all living anchovies are much smaller than these extinct forms. In addition, most anchovies specialize in plankton use and have very tiny teeth, ”Alessio Kapobyanko.
According to researchers, these fish could appear after the Cretaceous-Paleogene extinction, 66 million years ago, when dinosaurs and large marine predators were wiped off the face of the earth. At the same time, the vacant ecological niches began to occupy other species.

“Most species of fish that you can currently see in the sea have arisen during this critical period. Along with this, strange evolutionary experiments took place that spawned such saber-toothed anchovies. These animals developed and diversified, but for some reason did not survive to this day, ”concludes Kapobyanko.