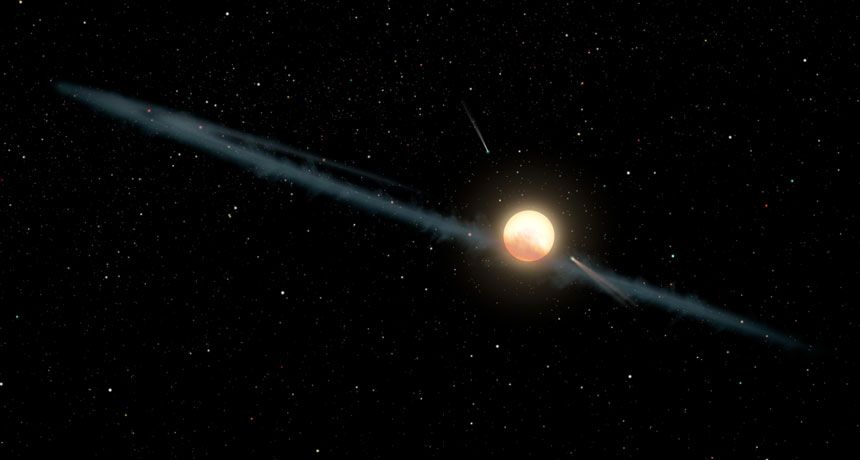 Astronomers who looked for supernovae, found an object that behaves more amazing than the star Tabbi.

Astronomers have discovered a strange flickering star, resembling a Tabby star, in which case an alien mega-structure was supposed to be present, like a Dyson sphere.

The idea of ​​a megastructure, first proposed in 2015, was later refuted by data suggesting that the strange flickering is due to dust particles obscuring the star’s light. The behavior of the new star, it seems, is also not associated with aliens. However, astronomer Roberto Saito of the Federal University of Santa Catarina in Florianópolis, Brazil, argues that it is extremely unusual. Together with his colleagues, the scientist wrote an article about it, published in the arXiv.org preprint database.

“We don’t know what the object is,” says Saito. “And this is interesting.” 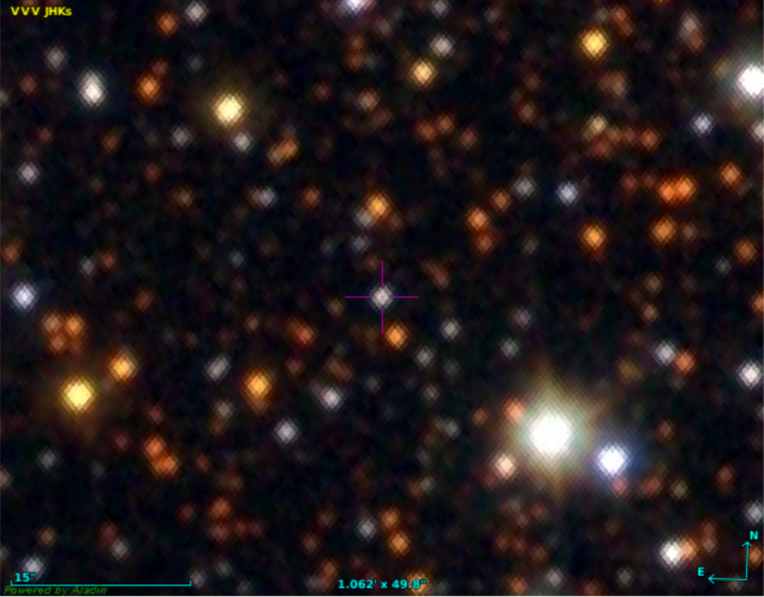 An artificially colored snapshot of a sky portion with VVV-WIT-07 in the center / © R.K. Saito et al

Some debris may rotate around the star, periodically blocking its light, but Saito and his colleagues say that more observations are needed to clarify this. The researchers were looking for supernovae – stars flashing brightly during the explosion. They paid attention to the object in the data of the VISTA telescope in the Atacama Desert (north of Chile). They were part of a larger review of a galactic center called VISTA Variables in the Via Lactea, or VVV.

Instead of breaking out, the star suddenly faded. The team named the object VVV-WIT-07 (WIT is an abbreviation of “What is this?”, Translated from English – “What is it?”).

A team of astronomers intends to continue observing the star using larger telescopes like the 8.1-meter Gemini or ALMA telescope located in Chile.