Strike of workers against robots 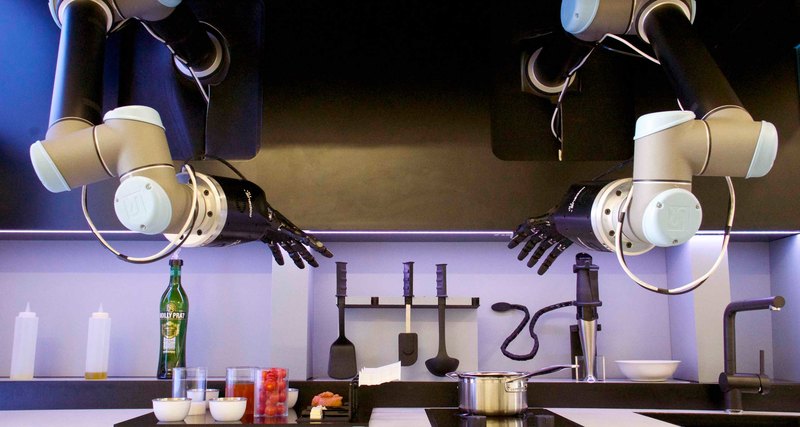 Every day in hotels and restaurants in Las Vegas, they serve about 27 tons of food. To feed, cook, pick up and wash dishes at such an industrial scale, about 50,000 people are needed. And now these people have made it clear: they are not going to lose their jobs because of the robots.

Members of the city culinary union last week voted for a strike. All will happen after June 1, when in 34 casinos and hotels employees will have their contracts expired. Strikers will insist on one strategic point: to provide them with protection against replacement by a robot.

Automation is increasingly penetrating the culinary business. In San Francisco, the robot is preparing a cappuccino and latte at a record pace. The Momentum Machine is able to cook 400 burgers per hour, and analysts predict that automation will become firmly established in the food and culinary industry by 2025, and workers from restaurants, fast-foods and cafes will suffer the most.

True, now robots clearly do not take away people’s places. Moreover, the food industry has begun to actively resort to other technologies, such as applications that accept orders. As a result, the number of jobs has not decreased, but increased, because of the increased flow of orders the restaurant began to hire more chefs. In Starbucks, digital platforms for orders increased sales, and accordingly, the barista’s numbers rose significantly. In “McDonald’s” the same situation is observed.

It is for such a fusion of automation and human labor that the Union stands for. “We support innovations that improve performance, but we are against automation, which simply destroys jobs. Our industry must develop without losing its human relationship, “says spokesman for the Union of Gioconda Arguello-Kline.