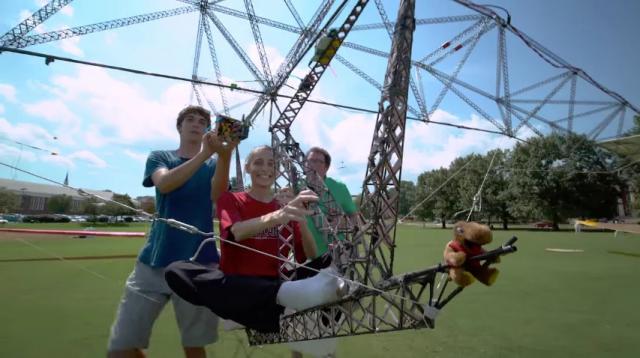 The group of students from the University of Maryland has developed a helicopter that can rise into the air using only the energy obtained from solar panels. During the tests, the device with a passenger twice off the ground, having hung in the air for about 9 seconds at a height of 30 cm.

In 2013, the students of the University of Maryland has already entered history, creating a helicopter called Gamera, powered only by human traction.

Gamera Solar has four rows of solar panels, which are used to rotate four screws. The area occupied by the apparatus is 30.5 sq. m.