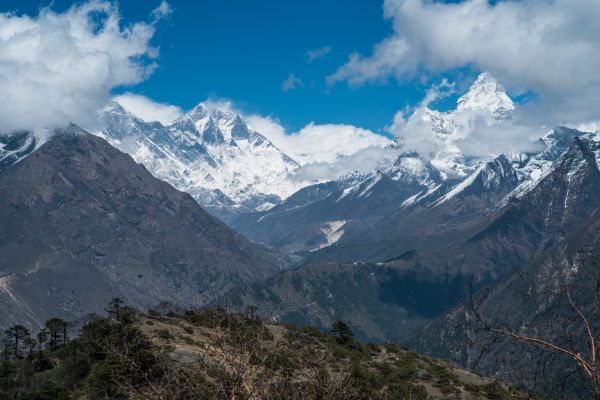 Scientists have developed a model that calculates the rate of change in a mountainous landscape. With its help, it was possible to establish that the average annual precipitation affects the erosion of rocks and can deform mountains.

The study was conducted by a group of scientists from the universities of Arizona, Louisiana and Bristol in the central and eastern Himalayas in Bhutan and Nepal (this area was chosen because it is convenient to study the rate of erosion there). The team analyzed the grains of sand collected in the region and used them to calculate how quickly the rivers erode the rock and what role precipitation plays in this. The results of the work were published in the journal Science Advances.

Dr. Byron Adams, lead author of the study, explained that raindrops hit the ground as they hit the grains of sand. As a result, some of the atoms inside each of them form rare elements: by calculating their volume, scientists figured out how quickly the landscape was destroyed.

The data obtained were compared with changes in river steepness and precipitation, and it was found that the rate of erosion is directly related to rain. “Scientists assumed that rain could destroy the landscape quickly enough to literally“ suck ”stones from the ground and accelerate the growth of mountains <...>. This discovery proves that terrestrial processes are closely related to atmospheric processes, ”said Adams.

The scientists said the calculations were complex and took a long time. The team used a variety of numerical models to accurately reproduce the erosion rates in Bhutan and Nepal, and only one came up. The authors of the work also noted that they did not take into account the impact of snowfall in their study, since most of the rainfall in Bhutan is rain, and snow, according to scientists, does not play a significant role in rock erosion.

The study showed for the first time what role rains play in the formation of the mountain landscape and that it is important to take them into account when assessing the tectonic activity of the region. This discovery in the future will allow predicting the impact of climate change on mountain ranges. In addition, it is important for maintaining infrastructure in the Himalayas and assessing the potential harm from erosion to human activities. “Our data <…> can provide invaluable insight into the dangers that affect the lives of hundreds of millions of people in this area,” Adams added.

Based on the created model, the professor is going to study the state of mountain landscapes after volcanic eruptions. “By using methods to measure erosion rate and rock properties, we can better understand how rivers and volcanoes have influenced each other in the past,” he said. In the future, this will help to more accurately predict what may happen to the area after the eruption and how to restore infrastructure in such regions.