Successful tests of a rocket for launching small satellites into orbit 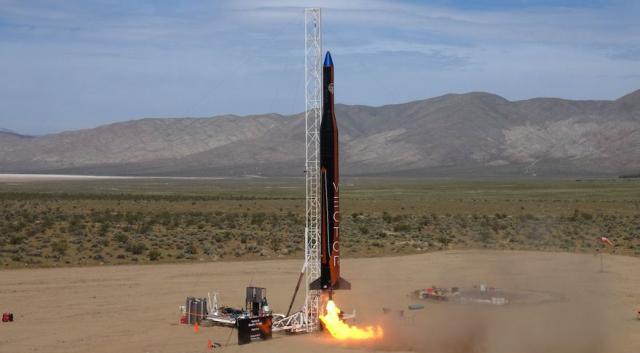 Startup Vector carried out successful tests of the Vector-R rocket, intended for launching small satellites into low earth orbit. The launch of the rocket took place in the California Mojave Desert on May 3.

The representative of the company said that the planned height, which was to reach the rocket during the test launch, was about 1.5 km.

The developed Vector-R rocket has in the first stage three engines and one engine in the second stage.

Vector-R is designed to bring into orbit cargo weighing up to 60 kg. The company is also developing another rocket – Vector-H, which will be able to output up to 125 kg. The cost of one launch will be from 1.5 million to 3.5 million dollars.

During the test launch, the rocket had only one engine.

It is planned that the first commercial launches of Vector-R will begin in 2018, and Vector-H in 2019.