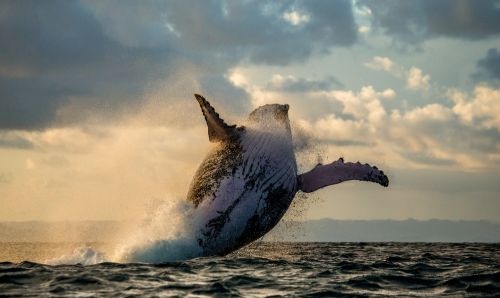 According to NASA astrophysicists, the solar storms hundreds of whales and dolphins can jump out on the shore, reports the website of the U.S. space Agency.

It is known that for navigation marine mammals use magnetic fields, and any deformation can adversely affect the welfare of the animals and, consequently, to provoke mass suicide. Previously, the main factor considered signals are sonar, knocking cetaceans of the way, and was also considered the gravitational influence of the moon.

According to the researchers, the main reason for mass suicides of cetaceans – changes in the Earth’s magnetic field during solar storms. These changes are so strong that it is able to disable electric devices, radio system and GPS navigation. Now NASA will start an investigation to find out whether solar storms can affect the behavior of animals?

The obtained data can be useful to predict future acts of mass suicide of marine mammals. This would allow to calculate the following ejection ashore and prepare for them to react immediately and save as many animals as possible.