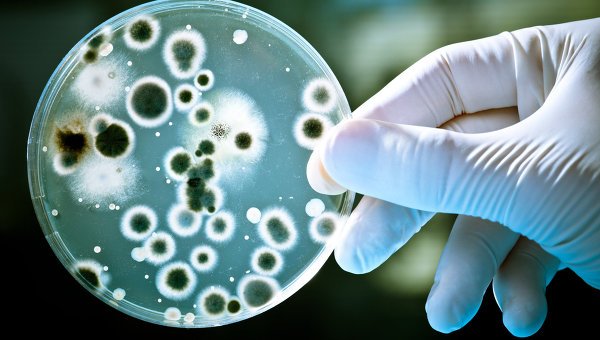 Scientists have proved that the so-called “Supermicro” resistant to antibiotics of the bacteria, periodically exchange “superweapon” for protection from drugs, and pass it to “normal” germs, making them much more dangerous than previously thought.

“One of the main challenges for medicine today is the emergence of microbes resistant to multiple drugs. The greatest threat today are the bacteria that use enzymes of the class of MBL to protect themselves, as they make them invulnerable to the actions of carbapenems, the ‘antibiotics of last resort”, stated Robert Bonomo (Robert Bonomo of the University Case Western Reserve in Cleveland (United States).

Bonomo and his colleagues found, as there are similar microbes, and have discovered a potential way of how to prevent them, watching how the superweapon one new group invulnerable superbugs that were recently discovered in the sewers and hospitals in new Delhi, capital of India, and then discovered in China and Bangladesh.

These microbes, as shown by analysis of their DNA and proteins, have learned to synthesize special enzymes, the so – called metal-beta-lactamase (MBL) capable of “catching” and nejtralizovat molecules the most potent antibiotics from the class of carbapenems. Due to this microbe is virtually invulnerable to the effects of drugs, and scientists and the human immune system yet effective ways of dealing with them, in addition to cleansing the infected body tissues and habitats from zinc ions, necessary for the operation of MBL enzymes.

Germs from Delhi learned to counteract this, “and developed a new version of MBL enzyme, molecule, NDM-1, which requires a large number of metals. Moreover, as observations showed that molecules of this protein somehow fall into populations of other bacteria, which have no gene NDM-1, and protects them from lethal doses of the antibiotic.

As found by the authors, the amazing properties of NDM-1 stem from the same things – how “Packed” the protein. It turned out that “Supermicro” learned to surround molecules of MBL enzymes by using “shields” of fat molecules that protects them from loss of metals and to prepare vesicles with a large number of NDM-1, which they release into the environment.

These bubbles are a kind of “mines” that protect any germs surrounded by them, from molecules of carbapenems and other antibiotics. Due to this, the presence of even a small group of microbes having a “superpower” in the body or in nature, all others will protect the bacteria from antibiotics, making carriers of the gene, NDM-1 is extremely dangerous.

The situation is not so hopeless as it may seem. Watching the allocation of NDM-1 in normal E. coli, the research team Bonomo revealed the mechanisms that control the growth and release of these bubbles, the study of which, as scientists hope, will help us to find the key to fight invincible “superbugs”.