Superpredator: Lynx catches salmon the size of itself 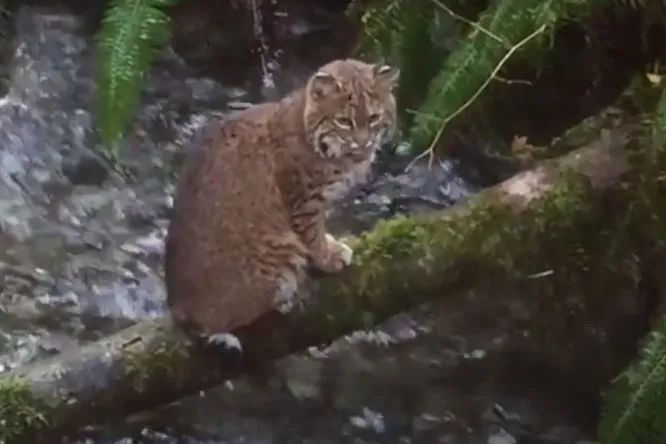 An employee of the North American National Park managed to film a lynx catching salmon in the river, which weighs only slightly less than the lynx itself.

One of the rangers of the Olympic National Park in the United States went fishing: salmon spawn at this time of the year, and, going upstream along the rivers, gets very tired – that’s where they catch it. But not only fishermen: all large predators of the surrounding forests feed on salmon.

Near a small bridge over the river, the ranger saw a red lynx, which was tensely waiting for the moment to jump. The girl managed to pull out her mobile and shoot a rare scene on video. The lynx caught a huge red fish, the length of which was not inferior to the length of the body of the cat itself.

Lynxes usually hunt at night and are rarely seen during daylight hours. National park staff suggested that this predator was too hungry to indulge in daytime sleep. Hunger could divert her attention from the figure of a person nearby. Lynxes are very secretive animals, and if not for an empty stomach, the cat would have disappeared before the ranger had time to notice it. From the video, the park staff determined that their colleague had met an adult female.