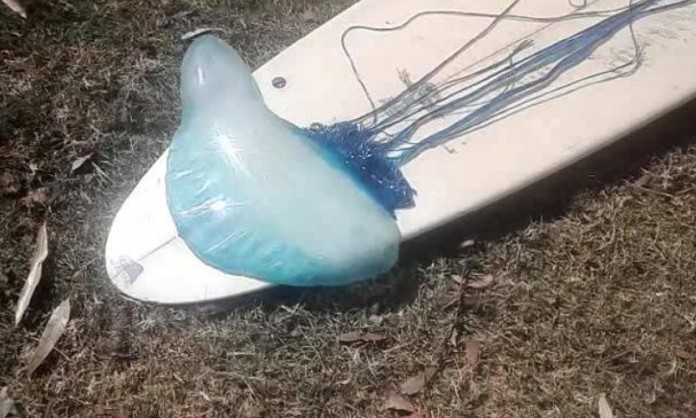 Portuguese military ship (Physalia physalis), strictly speaking, not even an organism, but a colony of different animals. Outwardly, it looks almost like a jellyfish. The colony consists of a gas-filled bubble that holds it on the surface, and siphosome, the colony itself, carrying the grasping tentacles. Their length can reach 50 meters and they are armed with a huge number of stinging cells, the poison of which is dangerous to humans.

A resident of Sydney Neil Cameron posted on the social network footage, which captured Physalia, or Portuguese ship. The man laid out the jellyfish on a surfboard, the length of which, according to him, is almost 2.5 meters.

Judging by the appearance of the hydroid, it is far from record sizes. This did not prevent the local residents to get a little scared – after all, to get a serious burn, fifty meters is not necessary, the caught one is enough.

Ships periodically brings wind and current to the shores and then they can become a serious problem, especially if there are a lot of them.