Survivors after the fever of Ebola receive lifelong immunity 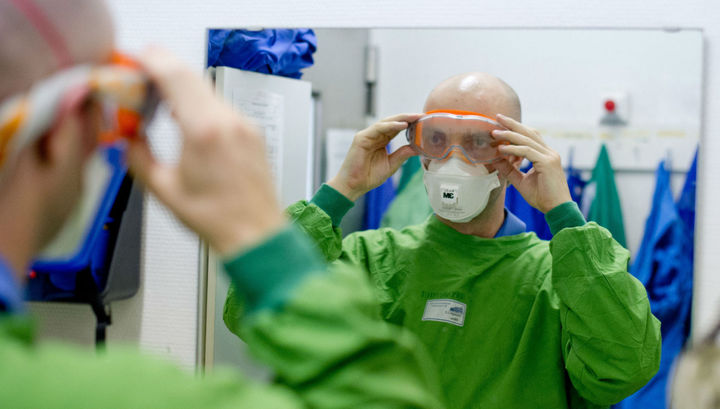 Forty years passed after the first documented outbreak of Ebola. Recently, researchers have found out: the body of some people who survived then still has antibodies against the virus.

The discovery confirms the assumption of many scientists: survivors of the Ebola remain immune to the virus throughout life. The study can also help in the development of new medicines and find out the potential health consequences after such a disease.

In 1976, the Ebola virus struck a small village of Yambuku in the north-east of the Democratic Republic of the Congo. Then among the diseased were listed 318 people. 280 of them died.

Epidemiologist Anne Rimoin of the University of California, Los Angeles, in 2014, organized a trip to Yambuku. Several researchers who worked during the outbreak of 1976 took part in it. Among them was Peter Piot, a Belgian microbiologist studying the Ebola virus.

The group did not plan to conduct any studies (they were shooting a documentary about the epidemic). However, Rimuan, who has been investigating the occurrence of infectious diseases for 15 years, was interested in studying patients who survived the 1976 epidemic.
“No one thought that it would be possible to find them,” says Rimuan, who saw in this situation the opportunity to learn how long immunity works against Ebola.

With the help of researchers in the outbreak of 1976 and laboratory assistant Sukato Mandzomba, Rimuan and her colleagues found 14 surviving patients. Their age ranged from 55 to 86 years, and they all donated blood samples. By the way, Mandzomba, who himself was infected 40 years ago, still works in a local hospital.

Getting these blood samples was not so easy. Rimuan and her team first flew to Bumba (a city in the north of the Congo), located 1,000 kilometers from Kinshasa (the capital of the Congo). After that, they traveled another 1,000 kilometers along the dirt roads in the forest zone of Yambuku. All this time they traveled with an electrician, a freezer, a centrifuge cooled, liquid nitrogen and “long-lived” batteries to start their generators.

They then took blood samples back to Kinshasa, and some were sent to employees in the US for various immunological tests.

It turned out that in the blood of all the survivors of the fever in 1976, patients were present with antibodies (“defensive” proteins) that reacted most strongly to three different Ebola proteins. In other words, people’s immune systems “recognized” the virus due to the fact that they once had dealings with it.

Immune cells of four people and at all could prevent new infection with the virus. This suggests that people were still protected from Ebola 40 years later.
“It was a real shock, I thought that we would just see a counteraction to the virus, but I did not think that we would see antibodies or other strong reactions,” said immunologist Gene Olinger, who participated in the study and conducted a series of tests.

There is not a single documented case of the patient once again surviving the Ebola virus who contracted the disease. Virologist Diane Griffin of the Bloomberg School of Medicine, who specializes in RNA viruses (such as Ebola), says that such people usually receive lifelong immunity.

However, in her opinion, after this research there are still many open questions. How is such a long-term immunity created and maintained? Griffin believes that the situation deserves further study, since new data can be useful in the development of vaccines.

As for Olinger, who previously studied the virus in monkeys, he does not believe that survivors are given “lifelong protection.” According to him, some animals that were specifically infected with the Ebola virus survived, but later they were infected again, and they died.

The researcher believes that more research should be done on animals, but using the blood of surviving patients. The goal is to get certain immune responses that can become key in the development of vaccines.

Scientists intend to continue working with patients who survived the epidemic in 1976 to better understand how the virus infection affected their health in the long term.

The results of the current study are published in the scientific journal Journal of Infectious Diseases.