Talents of the person can be determined by length of fingers 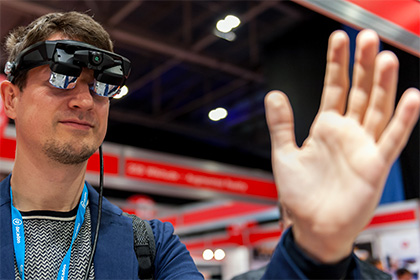 The Norwegian physician Carl Pintzka has told about a way of determination of bents of the person depending on a ratio of lengths of his index and anonymous fingers.

If the forefinger of the person is shorter anonymous, at the owner of such hand the spatial thinking is, as a rule, well developed, and also there is a tendency to sports activities. In case the forefinger is longer, at the person verbal memory has to be developed, in particular, he can remember long lists of words without effort.

The ratio of lengths of fingers is influenced by testosterone level in mother’s womb. The he is higher, the more long in comparison with index there is a ring finger.

The scientist has come to the conclusions, watching 42 women with various level of testosterone. The research of the scientist has confirmed popular belief in a role of a ratio of lengths of fingers, and also has established possible negative consequences for health.

As notes Pinsk, the high level of testosterone in a womb of mother is accompanied by the increased risk of development of autism and Turett’s syndrome in the newborn. Low level of hormone is connected with development at advanced age of a condition of alarm and a depression.