Tardigrada were relatives of round worms 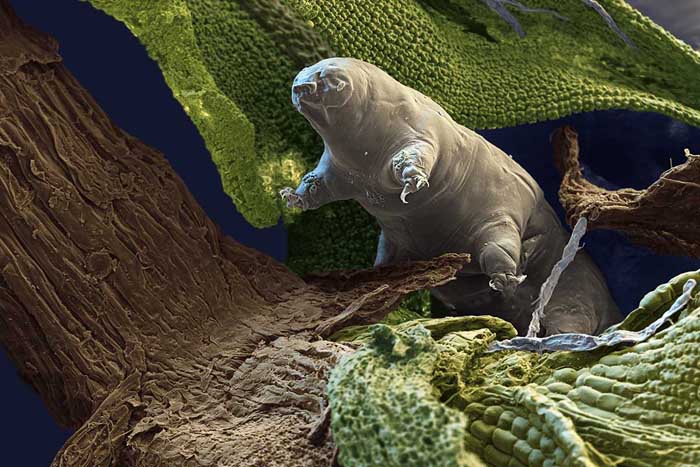 Tardigrada – amazing invertebrates, which easily tolerate the most extreme conditions – were relatives of roundworms.

Microscopic slow-moving boats deserved the glory of the most “non-slaughtered” animals on the planet: they are able to carry the frost almost to absolute zero and heating to 150 ° C, for decades to do without food. They do not care about cosmic vacuum, pressure in thousands of atmospheres, or complete dehydration. It’s no wonder that tiny creatures attract great interest. The team of scientists from Japan and Great Britain, led by Max Blaxter and Kazuharu Arakawa, whose article is published by PLOS Biology magazine, also investigated them.

Only a few months ago it was discovered that the tremendous ability of the quiet to transfer dehydration and some other extreme conditions can be associated with the production of special “glassy” proteins, which cover them with an impenetrable protective layer. In different ticks this process develops in different ways: for example, in Ramazzottius varieornatus, if necessary, these proteins will be ready in a few minutes, and Hypsibius dujardini takes 1-2 days to start their synthesis.

The authors of the new work compared the work of the corresponding genes in these two species of ticks. It turned out that according to the DNA sequence they are almost identical, and the difference arises only because of the peculiarities of controlling their activity. Such genes include not only the genes of “glassy” proteins, but also the genes of repair systems (“repair”) of DNA, as well as proteins that protect cells from oxidative stress. Finally, the scientists tried to answer an even more interesting question: where exactly to place the tidbits on the “tree of life”?

It is believed that the slow-moving (Tardigrada) are close to arthropods, and the authors compared their genomes to DNA of insects and spiders, as well as nematode worms. They focused on NOx genes, highly conserved areas that control the early development of the body, setting a general plan for the formation of the body: the presence of anterior and posterior sides, bilateral symmetry, segmentation, etc. Arthropods have ten NOx genes, Only five – like nematodes. Apparently, these strange animals are closest to them.

Several years ago, another group of biologists, analyzing the DNA quietly, suggested that they are able to actively use horizontal gene transfer, so that their genome contains separate “useful” fragments borrowed from other species of animals and possibly even bacteria. The new work seems to disprove these conclusions, and the “alien” genes found earlier may be a mere contamination. According to scientists, the genome quietly turned out to be quite “normal”, although their “normality” is extremely unusual.