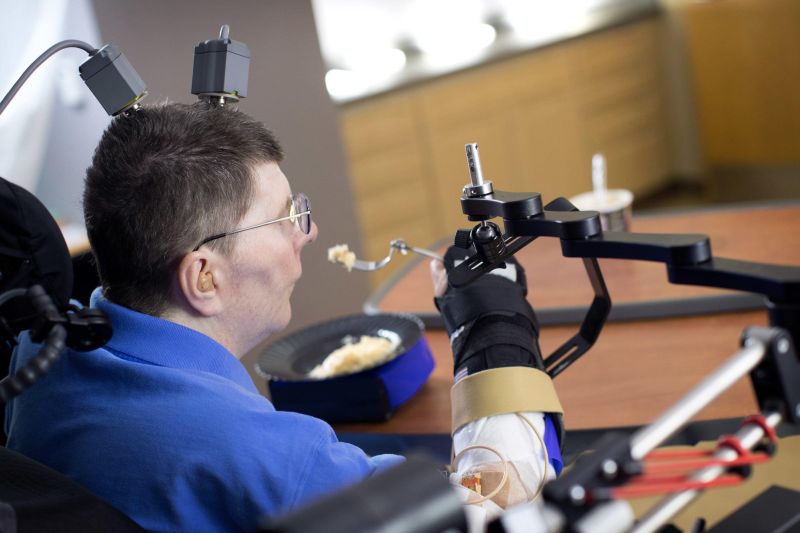 American scientists have implanted in a paralyzed male implants and sensors, which allowed him to move his hand again with the help of thought power.

According to the Financial Times, the 53-year-old Bill Kochevar was in an accident eight years ago, which is why he was injured, which led to paralysis of all limbs. The teams at the private Case Western Reserve University in Cleveland, Ohio, inserted special electronic implants into the brain, placed special sensors in their forearms that read brain signals, and attached a special mechanism to the arm to help him move again.

Such technical upgrades allowed the man to reanimate his hand and with it help begin to perform simple actions.

“This study demonstrates for the first time the possibility of overcoming spinal cord injuries and restoring some independence for a person with quadriplegia,” said project manager Bob Kirsch.

As the medical journal Lancet writes, Kochevar needed long training and training because of muscle atrophy. At present, the main achievement of a man is that he was able to eat without help.

Earlier it became known that in the medical center of Kobe (Hyogo Prefecture), Japanese scientists for the first time in the world transplanted induced stem cells (iPS-cells) from one person to another.