Technologies that can change the world in five years 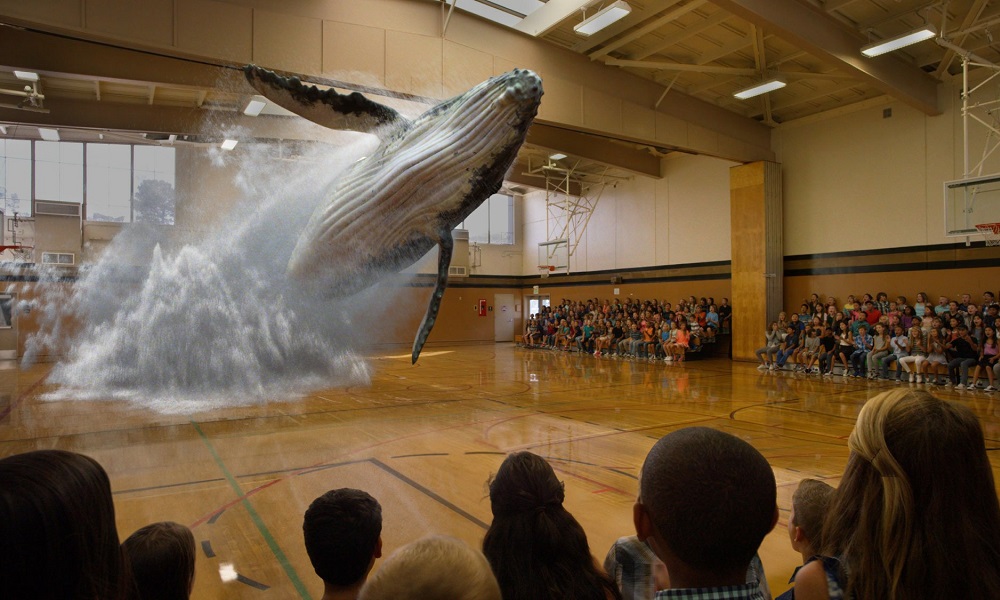 The companies that rule the world seem invulnerable. But in fact they are very vulnerable. So it was always: IBM, Microsoft, Yahoo, MySpace – once all seemed invincible. But gradually, one after another, they fell lower and lower in the rating (although Microsoft still remains a company at 638 billion dollars).

The same thing happens today, as four companies – Google, Apple, Facebook and Amazon – are fighting for an iron throne in the technology world (with a total capitalization of 2.61 trillion dollars). And although there are no pretenders to the crown, who knows what will happen in a few years.

The key to a successful revolution lies in the underlying innovation, and in the case of the technology industry it is obvious that we are on the verge of breaking through several new categories that will be bred by multi-billion-dollar markets. Perhaps, however, that Google, Apple, Facebook or Amazon are the first to capitalize these innovations, but it is possible that absolutely new players will appear.

Even if newcomers do not become giants, there is plenty of room for big success stories. “Now it will be difficult to create a universal search system or a social network for the mass market,” says Benedikt Evans, partner and analyst at Andreessen Horowitz, one of the most prestigious venture capital firms in the Silicon Valley. “It will be difficult to create Apple or Facebook, but that does not mean that you can not compete with them in your field.”

The question arises: what technologies bring the future closer? At first glance, the future is defined by four areas – autonomy, mixed reality, crypto-currencies and artificial intelligence. Here without surprises. But there are others.

The evolution of new technologies is comparable to how a skyscraper grows into the sky. First, a hole is formed in the earth, in which nothing is visible. Then forests appear, and the construction begins to grow. It seems that nothing happens, but in one day the building is completed. In technologies the same way: the technology is completed when fuel is poured into the fire.

Experts see in these four areas one single building: autonomy is a “dirty hole in the ground”; mixed reality – forest building; crypto-currencies – the building itself; AI is a completed tower looking for tenants.

Analysts believe that the technology industry has a long history of cycles of so-called S-curves, or slow starts with fast and steep growth and slow growing. Today’s S-curve is the mobile Internet, the previous one is the computer Internet. In each case, as the curve grows older, the question moves from the technology itself to what can be created on top of it. So we went to the mobile Internet, and then to Instagram and other things that you can do with the phones on the web.

The fact is that when we get to a certain point of the curve, people always start saying that the platform is dead. Appears iPhone, people look at it and say that it’s cool, but in ten years the market is already teeming with similar. Many think that fully autonomous cars will appear in 5-10 years, but it will take a long time before the first such car is sold, until the moment when all cars become autonomous.

In his presentation, Evans says that of all the technologies that are waiting for us at a long distance, it’s easiest to discuss artificial intelligence. And to call it “AI” is useless. “It seems that someone put a black monolith in early 2001 in this room,” says Evans, “and we all turned into monkeys who dance and scream. We do not know what it is. ”

It is better to call artificial intelligence “machine learning” – as many do – and consider it against the backdrop of a key technology that allows you to identify and distribute patterns in completely unfamiliar areas and among data that are observed for the first time. In turn, it promises automation of many spheres.

It is important not to succumb to the idea that automation means great opportunities. Rather, says Evans, the benefits of automation based on machine learning are specific new features and, more importantly, the ability to create many new companies around single-purpose verticals. Automation also serves as a multiplier that allows you to perform small tasks that thousands of hours of work by people could do, for example, to look for patterns in pictures.

If one person does this, it’s not scary. But if thousands are huge costs. Machine learning could significantly speed up the processing of data, for example, about road traffic in the last few months.

Although the world is unlikely to change much, autonomy will have a huge impact on it. When this day comes, cars, buses and other transport will begin to move without drivers, and we can look at them anew, remake, do better.

If there are no drivers, there will be more cars on the roads. Accidents, too, should not be, if all transport will move together, being aware of the actions of other machines, about the types of roads. This will lead to a completely new design of cities, which will not need parking, traffic jams, parking lots.

It is not easy to predict where exactly this will lead us, what opportunities it promises, but they will be huge. Evans believes that it is important to see them in the context of the future. “If you are building a public infrastructure or planning a city, thinking for years ahead is absolutely necessary. If you plan a schedule of a television channel today, you do not think about what people will look when they do not have to be distracted on the road. ”

At first, mixed reality is the third area of ​​Evans, offering a lot of opportunities. What happens if you literally wear a computer that can see?

Today, he says, we are at the stage of developing prototypes – take, for example, Microsoft Hololens – but for the most part there is little available. There are opportunities for development, of course. Magic Leap recently attracted $ 1.9 billion to fund the headset, which almost no one has seen.

Evans is less interested in the ability to impose recipes on cooking surfaces, and more on computers that can see and interpret what is happening around us. Such a computer would tell you who you meet when you saw him for the last time, what you wanted to talk with him about. Or instantly tell you if there is available on the Internet goods are cheaper than what you hold in your hands.

Evans to a lesser extent touched the possibilities of the crypto currency in his speech. But the power of the crypt is unconditional. First, crypto-currencies provide decentralized storage of values ​​without the need for a central authority – for example, a government that manages traditional money. This is important in a world in which people lose faith in such institutions and want more control over money without a government invasion.

Secondly, the technologies underlying crypto-currencies can be programmed and used in a completely new way. Over time, all this will be obtained. At the same time, it is extremely important that no one sees what can grow on new technologies. Was it possible to introduce Airbnb before the advent of the Internet?