Technologies which will change our life in 2017 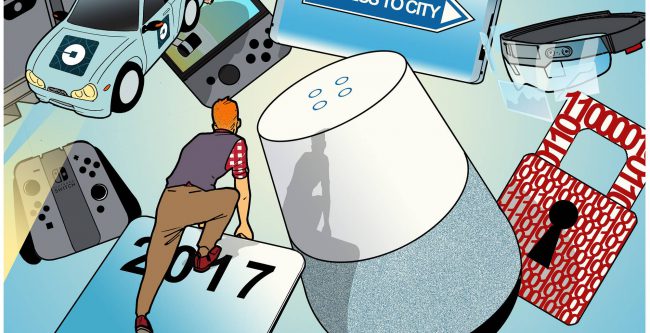 As well as in sci-fi movies, flagman phones of this year will be practically on all screen. Some of us will begin to wear computers on faces. Also the probability is high that the artificial intelligence will begin to make decisions from your name. Yes, teleportation is still not subject to our brother. But all of us will equally be delighted with what will appear on shelves in the next 12 months. In the list below we will talk to insiders, we will see tendencies, we will glance in a crystal full-sphere and we will try to define technologies which will exert impact on our short-term future — to the worst or to the best.

This year we will see the growing value of the software. Will buy absolutely not necessarily new phone, the TV set, hours or columns to catch an artificial intelligence to itself home. It will be with applications and updates, as well as with brand new gadgets. And if you didn’t crack yet, in 2017 chances that it will occur, will be higher. Some large companies will continue to control that you read and look.

Mobile videos will spill the river

You want it or not, but this year you will watch more video on the smartphone. And if to us this tendency, perhaps, comes a bit later, technologies develop so quickly that it precisely will happen in 2017. Facebook Live, Twitter Live, Instagram Live. With new functions of stream video all largest social networks became television networks in your pocket. 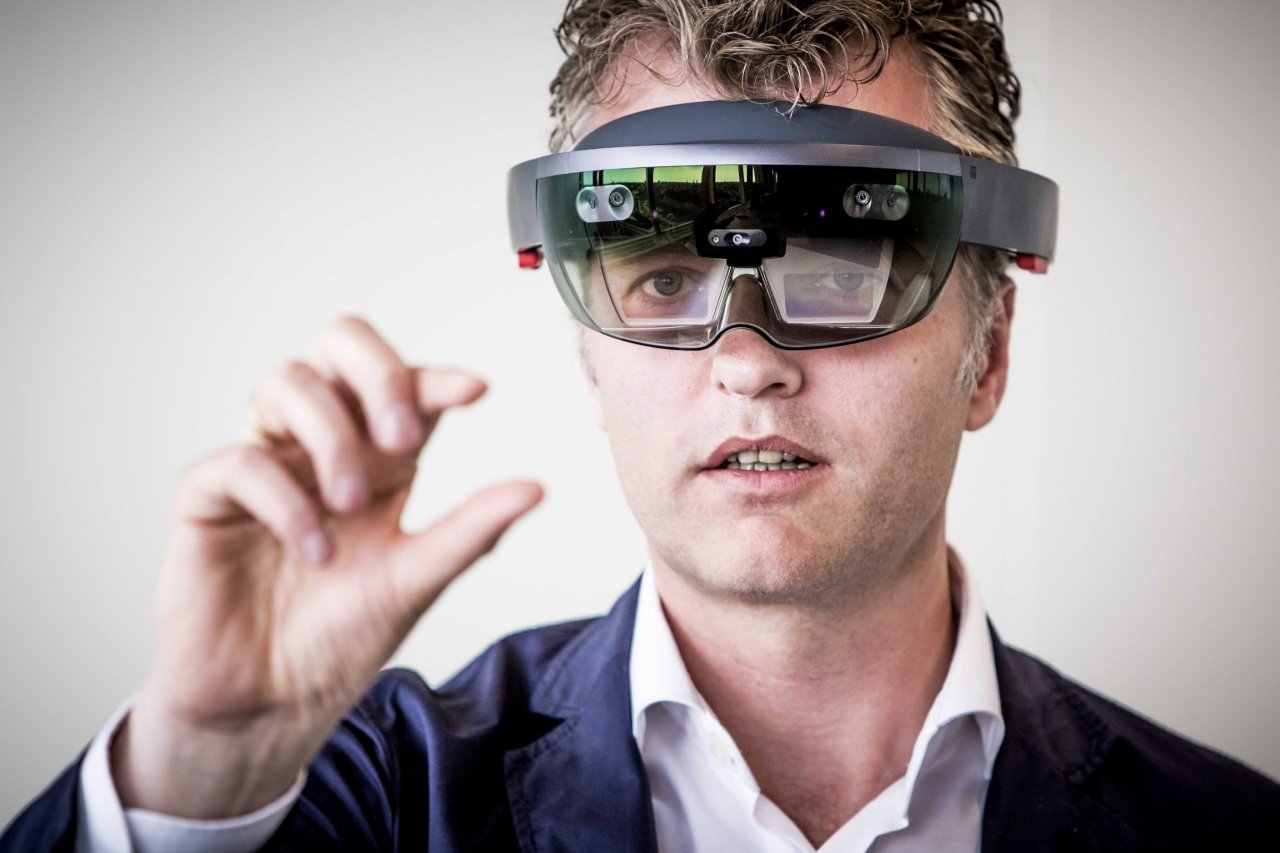 Four years later after the phenomenon (unsuccessful) Google Glass, carrying the computer wearing spectacles doesn’t seem such strange any more. Last fall people stood in a queue for hours to purchase couple of Snap Spectacles with the built-in camera. And success of Pokemon Go taught millions of people what powerful can be technologies of augmented reality when the digital layer is imposed over the real world. One of benefits of augmented reality before virtual is that the first not so strongly isolates the person from the world, leaves the bridge.

This year there shall be points which project images directly in your field of vision — perhaps, the new version of promising HoloLens from Microsoft, and there can be something and from the Apple company. Also we don’t forget about Magic Leap.

The speaking columns which it is worth listening 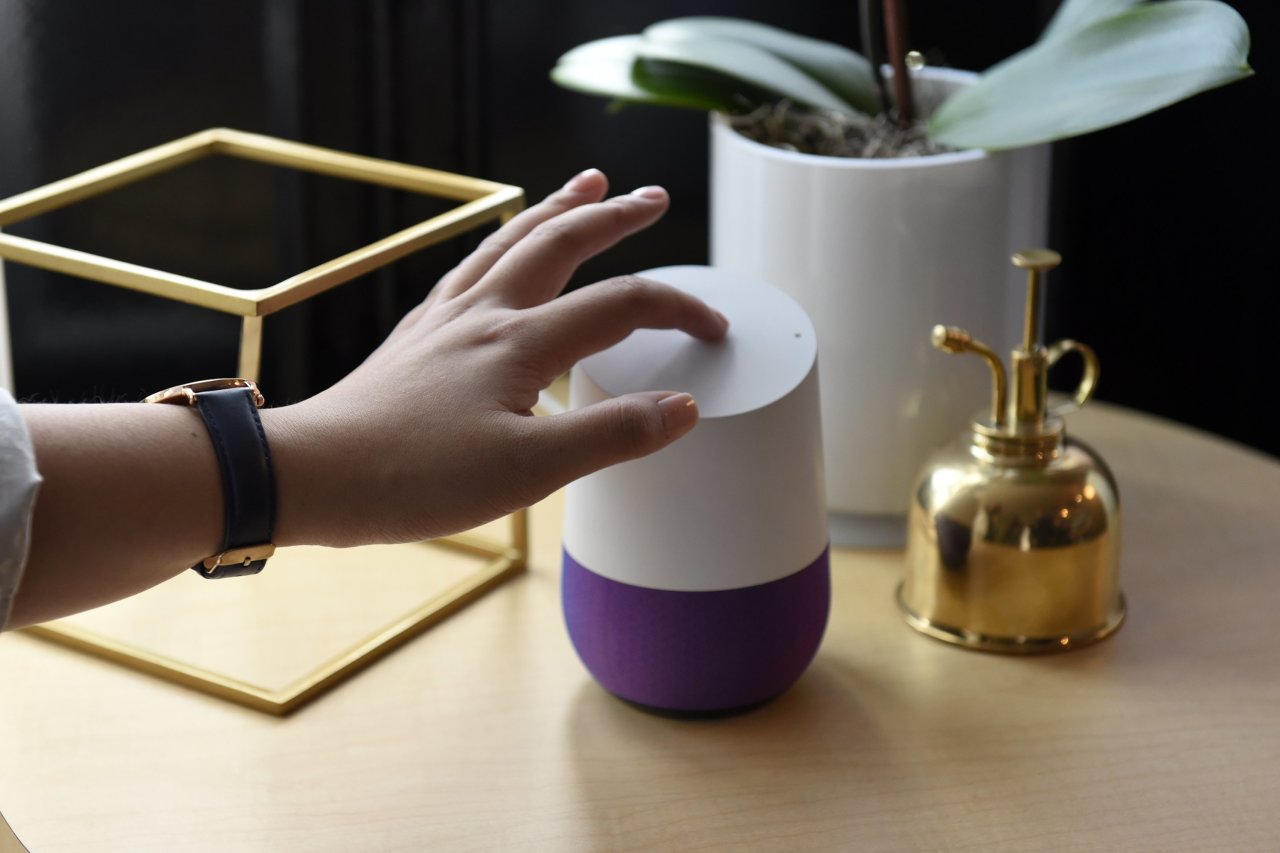 Management of voice did a big way in 2016, thanks to the fact that Echo and Echo Dot brought convenience of communication with the assistant to Alexa from Amazon in millions of kitchens and home offices.

In 2017 approach will be even more large-scale. Sonos integrates Alexa therefore people will be able to enjoy services of the voice assistant, without suffering from bad quality of a sound. GE and other large producers will add the Amazon boat in the dishwasher, washing machines and so forth. The virtual assistant to Cortana from Microsoft will unite with a column from Harman Kardon, and Google plans to enhance the column Home services of the third parties.

Long time of Facebook refused from the responsibility as the media company. But elections in the USA in 2016 lifted a criticism wave from left and right how the social network gave news — both real, and fake. On the eve of 2017 Mark Zuckerberg promised to understand and make efforts for department of lime stories of the presents, and also to work about the fact-chekingovymi as groups. War of Facebook with “fake news” can change process of absorption of information of hundreds of millions of people and reduce distribution of ignorance which simplifies design of Facebook.

Robots come to the road 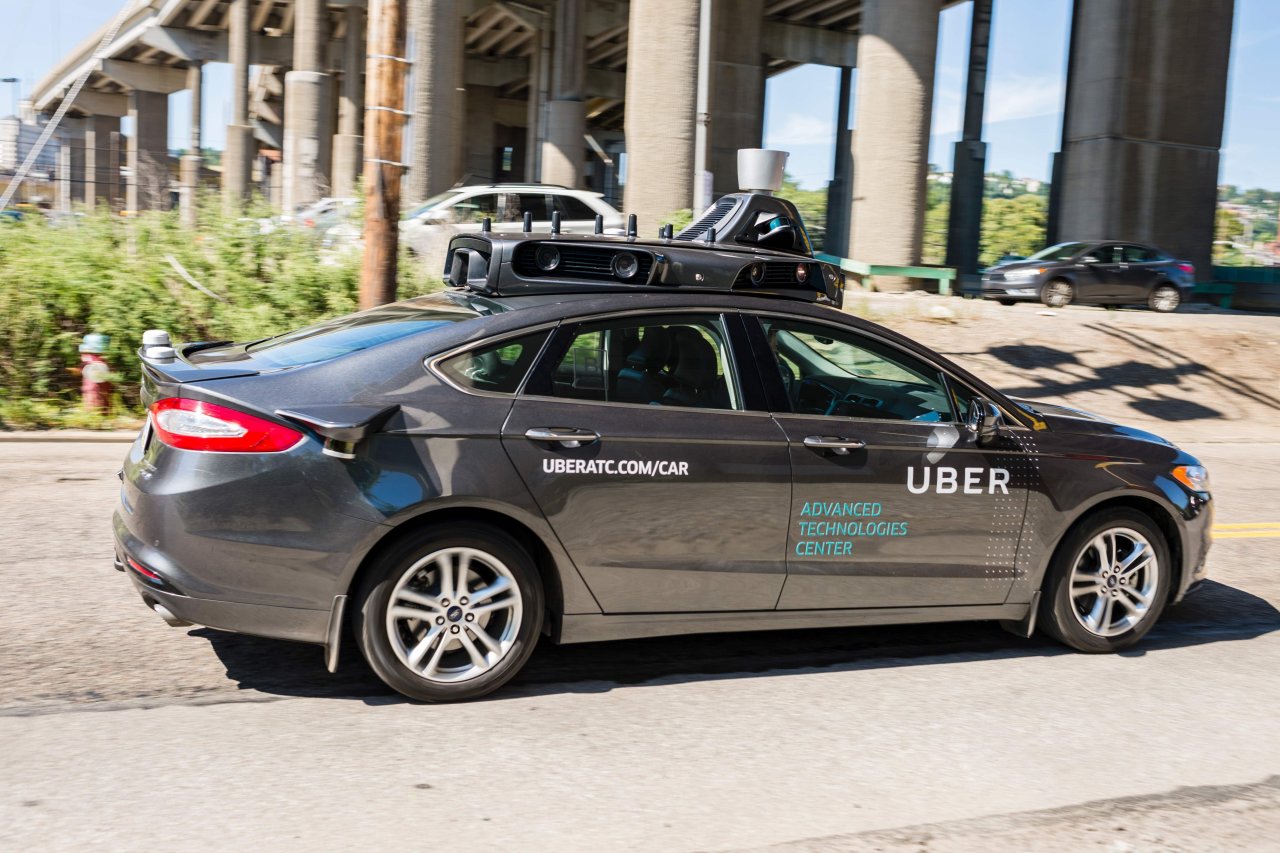 This year robots will pay more attention to driving. It is difficult to find car maker — whether it be Honda, Hyundai or BMW — which in 2017 doesn’t equip the models with functions of the help to the driver, like automatic braking in order to avoid crash or the automatic steering allowing to avoid drift from a lane. These functions, along with Wi-Fi, navigation systems and a lot of sensors — pave the way to our connected future without drivers.

Everything isn’t so far as you think. This year you, perhaps, sweep in the autonomous car.

Cybercrime changed the world in 2016 when proclaimed Yahoo that lost one billion logins, and the American government accused hackers of sabotage of presidential elections. In 2017 you will be precisely cracked if yet not. Activists of the digital rights sound the alarm concerning the growing supervision from the government. Marketing specialists like Google collect data even more aggressively to make a detailed picture of your online behavior. What can be made? To be imposed with passwords, software updatings and transmission media of the ciphered messages? Пф.

Extension housings will raise the stakes 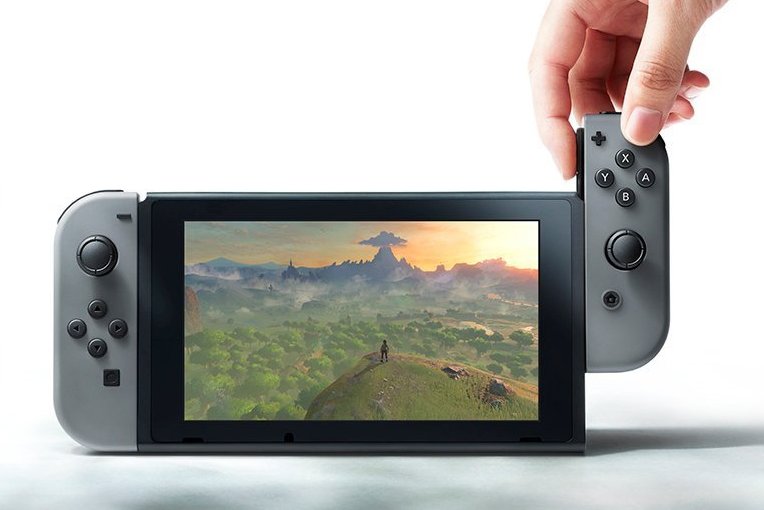 The next year will bring new BP-oriented of Microsoft Xbox and a hybrid of the table and pocketable Nintendo Switch console. Sony probably too will show a brand new PlayStation.

Game systems are calculated for six-eight years, but the sphere of entertainments develops quicker and quicker, games become more and more aggressive as regards requirements, and displays more and more steep, for example, get 4K-permission and HDR colors. Games in the virtual reality (VR) are very exacting to computational capability too. If console manufacturers don’t want to release new prefixes annually, they should change a paradigm in which their systems will be able quicker to accept new opportunities.

the iPhone 7, in principle, didn’t surprise (unless lost the connector for earphones). The Samsung Galaxy Note 7 was unforgettable, but for other reasons. If it is possible to designate 2016 boring as regards smartphones, 2017 — year of their reconsideration. Saltuses in technologies of the screen and the software will lay out a way to the largest reconsideration in recent years. Apple, as expected, will be ready to do anything for the sake of the 10 anniversary of an iPhone. Rumors about the besknopochnykh models with curved OLED-displays walk. Samsung which already began to advance curved frameless models will continue a tendency with Galaxy S8, and also will give to the flagman phone new functionality of AI. 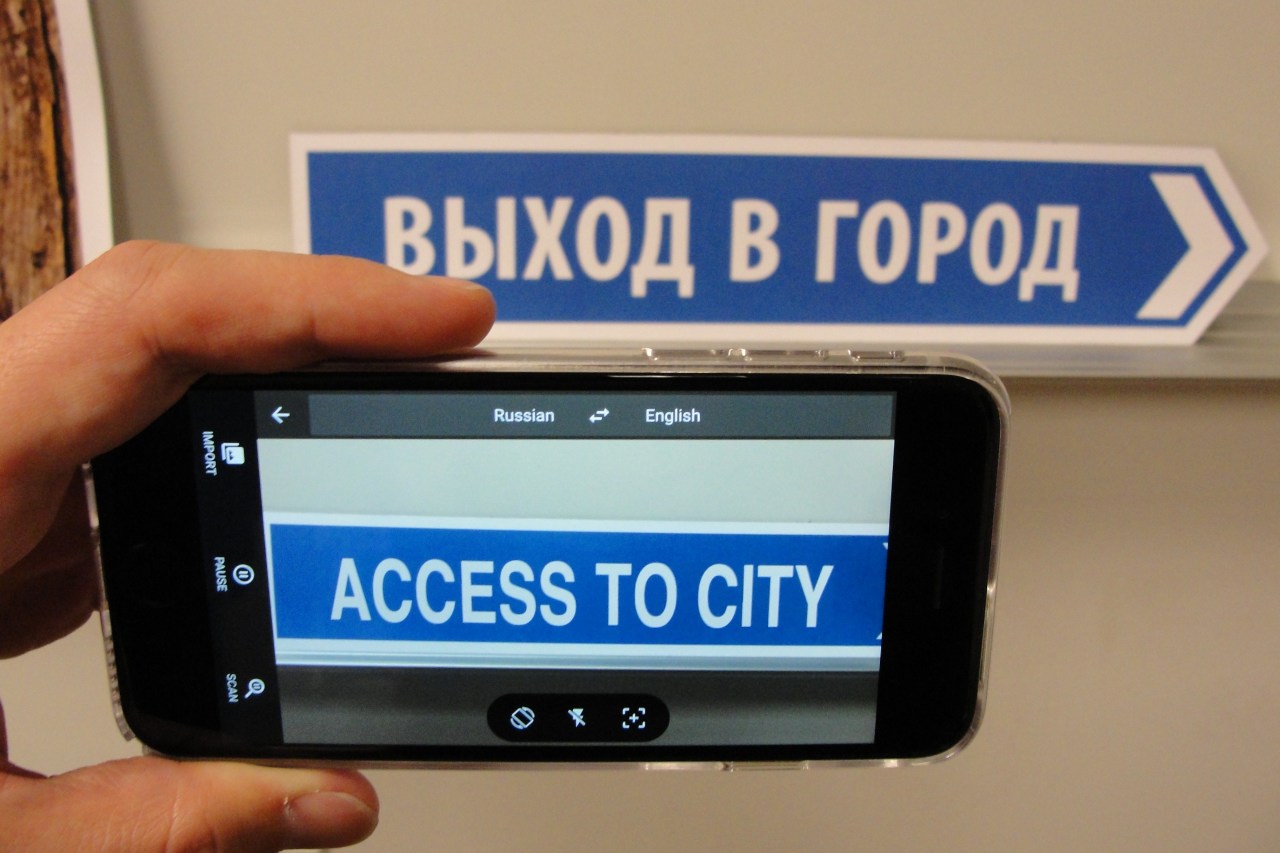 AI, probably, can call heading of year 2016. AlphaGo was mentioned, OpenAI received one billion dollars on development of AI, babies already speak with Google Home and Amazon Echo. And this generation can already and not remember what it is desktop computers. The idea “to take a product of X and to add to it AI” will become the talk of the town in 2017.

Some experts are admired by the future of the decentralized peer-to-peer (p2p) of networks. Apparently from the principles of the divided economy, with their help it would be possible to make with ease rich small community, having divided its resources between people. It is possible to use blokcheyna, cryptocurrency and BitTorrent for revaluation of values, integration of democratic decision making on the basis of a blokcheyn, creation of the decentralized p2p-organizations and the organizational principles of platform cooperation. Once, perhaps, this tendency will lead to creation of the local economies using the available resources instead of acquisition of new.

Training by means of technologies

Over the past few years we saw many cool cases when technologies were used for improvement of training in a class. For example, the virtual reality allowed to glance to pupils in a blood-groove or even to collect a skeleton in Darwin laboratory. In 2017 there will be a new wave of use of AI directed to training process improvement like personal training plans and personal assessment.

In November SpaceX submitted the application to FCC for start more than 4000 companions in space to develop the high-speed Internet on Earth, to provide a possibility of connection to it even in the most remote areas of our planet. In case of the positive decision the plan of SpaceX will represent the serious competition of Project Loon which has the same task. What remains to us? To see what method will be more successful and as increase in a podklyuchennost of the world will affect other industries.

“I have a dream that one fine day I will be able to design, create and grow up different types of biological products of the house — one biologist says. — Anything, from perfumery and medicine to cool materials like skin from mushrooms. Day when any is able to receive simple biological laboratory of the house in use, is still far from us, but the first step is already taken”.